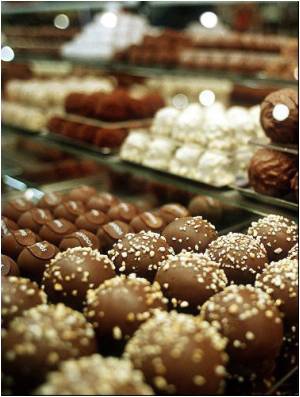 In a recent study it was found that exercise increases people's desire to consume sugary foods such as doughnuts, cream cakes and chocolates. This craving would make it difficult to lose weight.

The finding suggests that nearly half of us could be 'predisposed' to crave high-fat, sugary foods after working out.


After each 50-minute session in the gym, they were shown photographs of different snacks and asked to choose their preference.

With better and safe non caloric sweeteners coming in the market day by day, it has now become possible for people to consume any sweet food /beverage without a compromise on taste.
Advertisement
The other showed 'increased cravings' for all kinds of food, but particularly sweet options such as cream cakes, doughnuts and chocolates.

The 14 volunteers who failed to achieve their weight loss target fell into the second category, called 'non-responders'.

Experts believe that these non-responders may have a built-in preference for eating high-calorie 'reward foods' after intense exercise.

This could be because exercise causes hormonal changes which increase their urge to consume excess sugar and fat.

"Further research may identify responders and non-responders with blood tests," the Daily Express quoted Professor Neil King, of the Queensland University of Technology, Australia, as saying.

The findings are published in the Journal of Obesity.