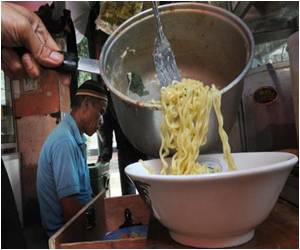 "The UP food department (UP FSDA) has investigated the matter and they found MSG and lead. Now, it has been taken up by the FSSAI and it will investigate further," Paswan told media here.
Advertisement

Elaborating on the issue, Consumer Affairs Additional Secretary G Gurucharan said: "FSSAI has collected samples from every state for testing. Not only MSG and lead, but keeping in mind every parameter the test is done. Some reports are likely to come by today and the results from other states will reach FSSAI within 2-3 days.


If there is any violation, FSSAI will take action, he said, adding that the Consumer Affairs Ministry can also file class action suits," he said. Paswan further said that there is also a case of misleading advertisement for which the Information and Broadcasting Ministry is looking into the matter.
Advertisement
According to reports, a case was lodged earlier against Nestle India by the UP food regulator FSDA in a local court at Barabanki in Uttar Pradesh over safety standards of its Maggi, while actors Amitabh Bachhan, Madhuri Dixit and Preity Zinta were also separately dragged to court for promoting the 'two-minute' noodles brand.

Instant Noodles Maggi Under Strict FDA Scanner for High Quantities of MSG and Lead
Maggi samples collected in some parts of Uttar Pradesh were found to contain added monosodium ......