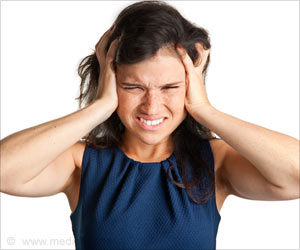 Erenumab was the first drug of a new drug class for chronic migraine to enter the German market in November 2018. In an early benefit assessment, the German Institute for Quality and Efficiency in Health Care (IQWiG) has now examined whether erenumab has an added benefit.

As the data presented by the drug manufacturer showed, erenumab can reduce the burden from migraine in those patients for whom other substances used for prophylaxis have failed or have not been an option.

Advertisement
‘Erenumab could reduce the burden of a chronic migraine among patients for whom other substances used for prophylaxis have failed or have not been an option.’
Read More..

The manufacturer presented data only for episodic, but not for chronic migraine. However, since this classification is only based on the number of pain days with an unclear distinction between episodic and chronic migraine, IQWiG does not consider the indication of considerable added benefit to be limited to episodic migraine.

In contrast to acute treatment, there had been no specific drugs for prophylaxis of migraine so far. A range of drugs have been available for a long time, but they all have been developed for other conditions, such as hypertension, depression or epilepsy.
Advertisement
It has long been known that a transmitter called calcitonin gene-related peptide (CGRP) plays a key role in the development of migraine. But it took decades before a drug was developed that blocks CGRP without having major side effects.

Erenumab is the first drug of a new drug class that became ready for the market. Its mechanism of action consists in inhibiting the function of the CGRP receptor in the brain.

Dossier contains data for one of three patient groups

However, the company's dossier contained data for only one group, i.e. patients for whom the drugs approved for prophylaxis of migraine up to then, including valproic acid and Botox (clostridium botulinum toxin type A), have failed or for whom these were not an option, e.g. due to intolerance.

The appropriate comparator therapy specified by the G-BA was best supportive care (BSC), i.e. the best possible therapy optimized for the individual patient, such as psychotherapy or relaxation techniques, for example.

Only patients with episodic migraine were included

The data from 193 patients used by the company in the dossier were from the randomized controlled trial LIBERTY. Over a period of 12 weeks, the study participants received either subcutaneous erenumab injections once a month or placebo, each in addition to BSC.

Eligible patients had migraine for four to 14 days per month (episodic migraine), and had been treated unsuccessfully with between two and four preventive medications. Patients with chronic migraine, who, according to the classification, have a headache for at least 15 days per month, were not included in the LIBERTY study.

The analysis of these data showed that notably more participants in the erenumab group than in the placebo group had a 50% or greater reduction in the number of headache days. This was also shown for the number of migraine attacks, which can last several days.

The results regarding "general impairment" from headache and "activity impairment" were also in favour of erenumab.

In contrast, there were no differences or no relevant differences regarding "physical functioning", "work productivity", health status and side effects. The outcome "quality of life" was not recorded at all in the LIBERTY study.

Number of headache days as the only criterion

Overall, IQWiG therefore sees an indication of a considerable added benefit of erenumab for the prophylaxis of migraine.