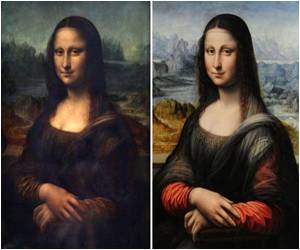 www.emporis.com the international provider of building data Empori has come up with a list of the world's most spectacular museums.

The list contains some of the most diverse museum buildings from all over the world - from the Solomon R. Guggenheim Museum in New York, opened in 1959, to the Museum of Islamic Art in Doha, Qatar.

The most prominent example is star architect Frank O. Gehry's Guggenheim Bilbao, a building that stands like no other for this new understanding of museum architecture.


The shiny silver monumental sculpture was the principal reason for Bilbao's transformation from a small industrial city into a major international center of art, a transformation that has come to be known as the "Bilbao Effect".
Advertisement
The building continues to this day to influence the architecture of many a 21st-century museum.

Museum design allows architects to play with a very wide range of architectural forms and styles.

This can be seen for example in Daniel Libeskind's deconstructivist works such as the Jewish Museum in Berlin or the Royal Ontario Museum in Toronto.

His asymmetrical structures of iridescent steel and glass, with sloping floors and walls without right-angles, attract the attention.

That an empty architectural shell can draw crowds all by itself was demonstrated by the 350,000 visitors who came to marvel at the Jewish Museum even before it opened.

Extravagant structures have their price, however, and it is not uncommon for costs to reach into the hundreds of millions.

Nevertheless, the wave of unique museum buildings is not about to ebb.

In Lyon, for instance, work is proceeding on the planned completion in 2014 of the Musee des Confluences, a massive civic project designed by Coop Himmelb(l)au.

The 190-meter-long structure, a combination of a giant crystal and a cloud, floats eight meters above the ground and will house a museum of science and society.

Revival Plan Creates Feud Between Russia's Great Museums
An unsightly public feud over an idea to revive a Moscow museum of Western art that was shut down .....

Museums Capture New Art Enthusiasts With the Power of the Internet
The world's great museums are increasingly using the Internet and social networking sites to pique ....

Entry into New York Museums to be Free for an Evening
Organizers have confirmed that nine of New York's often pricey museums will throw their doors open ....