Emergency Moves Against Ebola Onslaught in Guinea Unveiled by the WHO 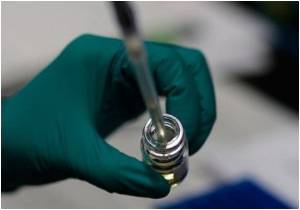 A raft of emergency measures have been launched by the World Health Organization in the Guinean capital Conakry to control an outbreak of the deadly Ebola virus that has so far killed a hundred people across the country.

The UN health agency announced emergency training for 70 people who would fan out across the community to track people who have had close contact with Ebola patients.

The agency is also setting up a special alert and response operation centre within the Guinean ministry of health in order to handle all matters relating to the Ebola scare.


The WHO also said that it was training staff at Guinea's Donka national teaching hospital and would be expanding that programme to other health facilities in the coming days.
Advertisement
The WHO this week described west Africa's first-ever Ebola outbreak as among the most challenging since the virus emerged in 1976 in what is now the Democratic Republic of Congo.

According to the latest WHO figures, 157 people have been infected with Ebola in Guinea, 101 of whom have died.

The outbreak began in the forests of southern Guinea, but has spread to Conkary, a sprawling port city on the Atlantic coast and home to between 1.5 million and two million people.

In neighbouring Liberia, there have been 21 cases, including 10 fatalities.

While the WHO has not recommended any trade or travel restrictions, the region is braced against the epidemic, with Senegal closing its border with Guinea.

The most severe strains of Ebola have had a 90 percent fatality rate, and there is no vaccine, cure or specific treatment.

The chances of survival increase if patients are kept hydrated and treated for secondary infections.

The virus can be transmitted to humans who handle sick or dead wild animals -- believed to be its original source -- and between humans through direct contact with another's blood, faeces or sweat.

It can be stemmed by identifying the sick and tracing those with whom they have had contact -- more than 600 people in Guinea, according to the WHO -- and applying infection-control measures in homes and clinics.

Ebola Claims the Lives of Five in Liberia
As neighboring Guinea battled an outbreak of virus which killed dozens, five patients in Liberia ......