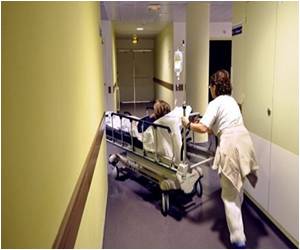 High cadmium levels in urine have been linked to 3.5 times higher fatality rates occurring due to liver disease.

The research findings do not show that cadmium directly causes liver disease, the scientists caution, but do suggest an association that needs more investigation.

Reviewing information from a large population-based survey, the Johns Hopkins investigators say the cadmium-liver disease link disproportionately affects men. The gender differences could occur because of the protective effects of menopause chemistry, which may redistribute stored cadmium from liver and kidneys, where it can do more damage, and into bones where it remains more stable.


Cadmium levels in the body accumulate over time because of the metal's long chemical half-life, according to the researchers, who reported their findings online in the Journal of Gastrointestinal Surgery.
Advertisement
"We already know about the health hazards of heavy metals like lead and mercury, but we don't know much about what cadmium does to the body," says study leader Omar Hyder, M.D., a postdoctoral fellow in the Department of Surgery at the Johns Hopkins University School of Medicine. "In mice, chronic cadmium exposure has been shown to cause liver failure, but we need to understand more about the factors that may cause liver disease in humans, and whether we can do anything to prevent it."

Cadmium is found widely in the environment, with tobacco smoke the most important, single source of exposure in the general population. Other environmental sources of human exposure include fossil fuel combustion and the incineration of municipal waste. For many years, most of the batteries in the United States were made with cadmium, and it is also found in pigments and plastics.

Hyder says long-term exposure is known to cause kidney disease and has been linked to lung cancer. Studies have shown an increase in all-cause mortality and cancer mortality in populations exposed to low levels of cadmium for long periods of time.

For their study, Hyder and his colleagues analyzed data from 12,732 participants in the National Health and Nutrition Examination Survey (NHANES III), which also includes interviews, physical examinations, blood and urine tests and ultrasound scans. They looked at levels of cadmium in urine samples, as well as records of ultrasound results used to diagnose various liver diseases.

The researchers separated cadmium levels in the urine into four quartiles, finding that those in the highest quartile were nearly 3.5 times as likely to die of liver-related diseases than those in the lower three quartiles. The diseases included nonalcoholic fatty liver disease and nonalcoholic steatohepatitis, both marked by fatty deposits in the liver that impede the liver's efforts to filter toxins from the bloodstream, aid in digestion, produce hormones and store energy.

Hyder says that although occupational exposure to cadmium among factory workers has decreased, environmental exposure continues. If such exposure is ultimately found to cause liver disease, further efforts should be made to reduce it.

Medications are available that bind to heavy metals and remove them from organs, but such chelation therapies have not been used on those with chronic cadmium exposure because their value is unclear, Hyder says.