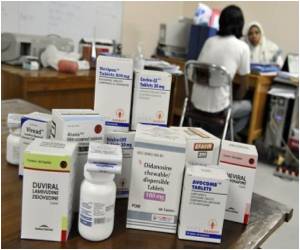 To advance disease-in-a-dish modeling of a rare genetic disorder, researchers have now used induced pluripotent stem cells. Their discovery shows the positive effects of drugs that may lead to effective new treatments for the neurodegenerative disease. iPSC are made from patient skin cells rather than from embryos and can become any type of cells, including brain cells, in the laboratory. The study appears online ahead of print today in the journal Nature Communications.

Patients with A-T begin life with neurological deficits that become devastating through progressive loss of function in a part of the brain called the cerebellum, which leads to severe difficulty with movement and coordination. A-T patients also suffer frequent infections due to their weakened immune systems and have increased cancer risk. A-T is caused by lost function in a gene, ATM, which normally repairs damaged DNA in the cells and preserves normal function.

Laboratory mouse models are commonly used to study A-T; however, mice with A-T do not experience the more debilitating effects that humans do. In mice with A-T, the cerebellum appears normal and they do not exhibit the obvious degeneration seen in the human brain. Therefore, it was critical to develop a human neural cell model to understand the neurodegenerative process of A-T and create a platform for testing new treatments.


Lee and colleagues used iPSC-derived neural cells developed from skin cells of A-T patients with a specific type of genetic mutation to create a disease-in-a-dish model. The researchers were able to model the characteristics of A-T in the laboratory, such as the cell''s lack of ATM protein and inability to repair DNA damage. The model also allowed the researchers to identify potential new therapeutic drugs, called small molecule read-through (SMRT) compounds that increase ATM protein activity and improve the model cells'' ability to repair damaged DNA.
Advertisement
"A-T patients with no ATM activity have severe disease but patients with some ATM activity do much better. This makes our discovery promising, because even a small increase in the ATM activity induced by the SMRT drug can potentially translate to positive effects for patients, slowing disease progression and hopefully improving their quality of life." Lee said.

These studies suggest that SMRT compounds may have positive effects on all other cell types in the body, potentially improving A-T patients'' immune function and decreasing their cancer susceptibility. Additionally, the patient-specific iPSC-derived neural cells in this study combined with the SMRT compounds can be an invaluable tool for understanding the development and progression of A-T. This iPSC-neural cell A-T disease model also can be a platform to identify more potent SMRT drugs. The SMRT drugs identified using this model can potentially be applied to most other genetic diseases with the same types of mutation.
This research was supported by training and research grants from the California Institute of Regenerative Medicine (CIRM), the National Institutes of Health, APRAT, A-T Ease and Scott Richards Foundation.

The stem cell center was launched in 2005 with a UCLA commitment of $20 million over five years. A $20 million gift from the Eli and Edythe Broad Foundation in 2007 resulted in the renaming of the center. With more than 200 members, the Eli and Edythe Broad Center of Regenerative Medicine and Stem Cell Research is committed to a multi-disciplinary, integrated collaboration of scientific, academic and medical disciplines for the purpose of understanding adult and human embryonic stem cells. The center supports innovation, excellence and the highest ethical standards focused on stem cell research with the intent of facilitating basic scientific inquiry directed towards future clinical applications to treat disease. The center is a collaboration of the David Geffen School of Medicine, UCLA''s Jonsson Cancer Center, the Henry Samueli School of Engineering and Applied Science and the UCLA College of Letters and Science.