Elderly can Keep Their Minds Sharp by Playing Video Game 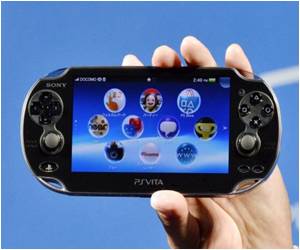 A new study published in the journal Nature says that a video game can help elderly people fight cognitive decline.

The novel game shows the brain is more "plastic," or versatile, in healthy ageing people than thought, which opens up new paths for warding off mental decay, its inventors said.

Devised by researchers at the University of California at San Francisco, NeuroRacer requires participants to race a car around a winding road while a series of road signs pop up.


Drivers are told to keep alert for a specific kind of road sign, and to press a button when it appears.

The point is to encourage multitasking, an ability that typically goes into dramatic decline as we age.
Advertisement
The investigators recruited volunteers aged 60-85 years old and trained them on a laptop for 12 hours, spread over a month.

Rather basic in looks, the 3D game had hidden complexities, pushing participants to go further once they had mastered a skill.

By the end of their training, the group were as good at the game as people in their 20s who were playing it for the first time. Six months later the skills of the elderly participants were just as good.

The improvement not only boosted the ability to cope with several tasks at the same time.

"The finding is a powerful example of how plastic the older brain is," said Adam Gazzaley, an associate professor of neurology at the university.

While they trained on the game, the participants wore caps with sensors that measured activity in various parts of the brain.

The intriguing picture that emerged was a boost in a key electrical signature in the pre-frontal cortex, and its linkage to the brain's frontal and posterior regions.

As the older participants got better and better at the game, this cerebral network strengthened, adding to evidence that they able to focus on a multiple task for longer.

Asked to comment, Emil Toescu, an experimental neurologist at Britain's University of Birmingham, said the work showed important differences with past research.

"We have known for some time that 'you can teach an old dog new tricks,' as the brain can learn and improve," Toescu told the Science Media Centre in London.

"The main problem is that the improved cognitive performance is specific to the one repeated task -- you can end up with specialist elders who are great at number-crunching or word recognition but don't have a significant improvement in their daily life cognitive performance."

This is where the new experiments are interesting, he said.

"(It) shows that if you multitask during a specific training routine, it improves performance with more than just that single task. The improvement is transferred to other cognitive domains."

Gazzaley has co-founded a company that is developing the next generation of the game, the university said in a press release.