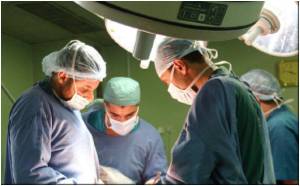 Ecuador's legislature has passed a bill that makes organ donations for transplant automatic at death unless a prospective donor has specifically requested otherwise.

All Ecuadorans and foreigners legally residing in Ecuador who are 18 years of age or older would automatically donate their organs, tissue and human cells after death unless they indicate otherwise on their identity documents.


Those who choose not to become donors will not be discriminated against and their decision cannot be publicized, according to the bill.

If it is signed into law as expected by President Rafael Correa, the move will become mandatory for all health systems in Ecuador. It also allows Ecuadorans living abroad to request to be added on a waiting list for a transplant.

Foreign organ donations are prohibited under the measure.

Nutam (400mg) (Piracetam) Noscaphene (Noscapine) Accident and Trauma Care Hearing Loss Calculator The Essence of Yoga Drug Side Effects Calculator Daily Calorie Requirements Selfie Addiction Calculator Blood Pressure Calculator Find a Hospital
This site uses cookies to deliver our services.By using our site, you acknowledge that you have read and understand our Cookie Policy, Privacy Policy, and our Terms of Use  Ok, Got it. Close
×