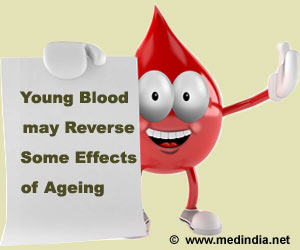 Pointing to a large body of recent research that supports their argument, the three economists write in the May 24, 2013, issue of Science that the World Health Organization and national blood collection agencies should reconsider their opposition to economic incentives for much-needed blood donations.

Macis and his co-authors - Nicola Lacetera of the University of Toronto and Robert Slonim of the University of Sydney - state that such opposition has been based in part on evidence from uncontrolled studies using non-random samples, and on surveys and artificial scenarios using hypothetical questions. These and other tests typically have suggested that economic incentives can decrease intrinsic motivations to donate and may also attract blood donations with greater risks such as viruses and infectious diseases.


But now field-based evidence from large, representative samples is available on actual donations, the authors write, and the results clearly refute the previous findings. Economic rewards do have a positive effect on donations, without negative consequences on the safety of the blood.
Advertisement
They cite the work of other researchers, as well as their own extensive work in this area, which examined incentives for actual blood donors in the United States, Argentina, Switzerland, and Italy. In one of their studies, the three authors examined individual data from nearly 100,000 donors at 72 American Red Cross blood drives in northern Ohio from September 2009 through August 2010. Gift cards were offered at half of the blood-drive sites; no incentives were provided at the other sites, which served as controls for the study.

They found that an advertised offer of a $5 gift card increased the likelihood of giving among people with a history of donating by 26 percent; and a $10 gift card produced a 52 percent rise.

The offer of gift cards even caused people to motivate others, including people who previously had never given blood, to donate. The incentives also induced regular donors to switch from their usual donation sites to locations where rewards would be available.

"There are several differences between the earlier studies and the new field evidence," Macis explained, noting that in the field studies "donors do not feel scrutinized by the researcher and thus might be less concerned about their image and more excited about the rewards."

Moreover, in the new studies the incentives were not framed as "payment" and thus may have been perceived as tokens of appreciation, which can reinforce rather than undermine donors intrinsic motivation.

Meantime, added Macis, advances in screening technology since the World Health Organization guidelines were established have greatly reduced the risk of tainted or otherwise unusable blood being used later in transfusions. Also, the rewards are typically provided for presenting at the blood drives, not for donating blood, which should reduce the risk that an ineligible donor would misrepresent health or other information.

Macis additionally noted that incentives could be strategically employed to attract blood donations at times when blood supplies are particularly low, such as holidays and summer months. Although many individuals are eligible to donate blood, only a small percentage of them, less than 10 percent, give blood in the United States, and even fewer donate in low-income countries, where shortages have very serious consequences.

"This raises the question of whether pure altruism is sufficient to guarantee a sufficient, steady supply of blood," Macis said.

The research has implications beyond blood reserves, he added. Although more research is needed and multiple strategies should be pursued simultaneously to encourage donations, some form of economic compensation could bring a much-needed boost to the supplies of bone marrow, organs, and body parts for transplants.

Selling organs and body parts is illegal in the United States. Donors of blood plasma, however, can be paid. A federal appellate court ruled Dec. 1, 2011, that most donors of bone marrow can receive compensation, overturning a law that had made such arrangements punishable by up to five years in prison.

The three authors conclude in their Science article, which appears in the magazine's "Policy Forum" section: "Debates on ethical issues around giving rewards for donations are inevitable and should be encouraged. But there should be little debate that the most relevant empirical evidence shows positive effects of offering economic rewards on donations."

Blood Donation Camp In Assam Finds Donors in The Form Of Students
A blood donation camp was recently organised in Jorhat, Assam in order to inculcate the importance ....

'Prevent Death' Message More Effective Than 'Save Life' in Blood Donation Campaigns: Research
According to research, subtle changes in messaging can have a profound impact on the effectiveness ....