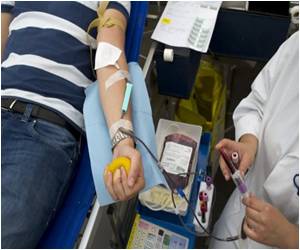 According to research, subtle changes in messaging can have a profound impact on the effectiveness of charitable messages such as calls for blood donations. The research was published on March 6 in the open access journal PLOS ONE by Eileen Chou from the University of Virginia and co-author Keith Murnighan at Northwestern University.

Though chronic shortages in U.S blood banks could be alleviated by a small increase in the number of blood donors, people are not always motivated enough to help. In the current study, researchers collaborated with the Red Cross to assess the effects of changing the urgency and messaging of a call for blood donations. The scientists found that on a college campus, describing blood donations as a way to "prevent a death" rather than "save a life" significantly increased the rate of donations.

In a second study, the researchers assessed the effects of these slight changes in framing a charitable message on people's emotional motivation for a monetary donation. Here, they found that framing an appeal as "helping people to avoid a loss" rather than "helping people to gain benefits" led to increased intentions to volunteer and more helping behavior. Volunteers presented with such "prevention of loss" messages were also more likely to expect larger donations to their cause. "These findings demonstrated a simple, reliable, and effective method for charities to significantly increase important helping behaviors," Chou said.

Blood Donation Camp Organized By Amity as Part of Its Community Service Drive
Students are always encouraged to devote themselves towards the principle of community service and ....