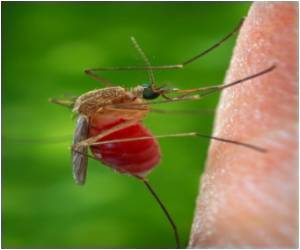 A new study from Brandeis University researchers has revealed that the economic burden of dengue illness is $2.1 billion per year in the Americas and exceeds the loss from other viral illnesses including human papillomavirus (HPV) and rotavirus.

According to the study group's estimates, 60 percent of the economic strain caused by dengue is a result of indirect costs  primarily productivity losses affecting households, employers and government expenditures. Direct costs include ambulatory and hospital care.


"In 2009 Florida experienced the first major outbreak in the continental U.S. in over 50 years," said Donald S. Shepard, professor at the Schneider Institutes for Health Policy in the Heller School for Social Policy and Management. "We know first-hand that regardless of where you live, we can all be affected by dengue."

Mosquito-borne diseases, like malaria, filaria, dengue, etc are common in places conducive of mosquito breeding. Swamps, ponds and stagnated drainage provide optimal breeding ground for mosquitoes.
Advertisement
Shepard began researching dengue in 1990 when presented with the opportunity to collaborate with scientist Scott B. Halstead, who then headed up the health program at the Rockefeller Foundation in New York City. Shepard's research, which related the economic burdens and the controlling of dengue, was part of the Disease Control Priorities Project, which was published by the World Bank in 1993.

A decade later, in 2001, Halstead convened a meeting in Korea that gave rise to creating the Pediatric Dengue Vaccine Initiative (PDVI). Shepard contributed to the proposal and to the founding of the PDVI, serving on its Board of Counselors and Executive Committee.

Initially supported by the Bill and Melinda Gates Foundation  through PDVI  subsequent dengue research at Brandeis has been supported by Sanofi Pasteur, a research-based vaccine company based in France. At this time Sanofi Pasteur is the furthest along in developing a dengue vaccine; its product will go into phase 3 clinical trials this year.

"The ultimate goal is controlling the disease," says Shepard.

One moderately effective approach currently in use, he says, includes placing larvacide in water-storage containers, which stops the breeding of the mosquitos that spread the virus. Also under development are methods for sterilizing mosquitoes that carry the disease so future mosquito populations will be smaller.

Yara Halasa, a research associate at the Heller School's Schneider Institute for Health Policy and one of the co-authors with Shepard on the "Economic Impact of Dengue Illness in the Americas," has been involved with the dengue project for three years. A native of Jordan, Halasa's passion for understanding the impact of disease began when writing about the subject in her native country.

"Understanding the economic impact of a disease is an important tool to assist policy makers in understanding the social as well as the medical impact. This is a great methodology that can be used for any disease," said Halasa, who is also a dentist and has been working with Shepard since 2008.

Dengue is classified by the World Health Organization as among "Neglected Tropical Diseases," meaning it is prevalent in the tropics, yet has not received attention commensurate with its burden like other diseases such as malaria. Shepard says he feels it has been largely neglected by policy makers "because it affects the tropics, and since many policymakers live in temperate climates, the disease doesn't come to their back door."

It's also a disease, he says, in which there are promising options for control.

"Technologies need resources and economic analysis quantifies the burden of the disease in human and economic terms," says Shepard. "The studies show how much societies could save from effective control strategies."

The hope is that these analyses will help policy makers decide to invest the resources needed to develop and implement effective measures.

Shepard says that he's optimistic that a vaccine will come into widespread use in the coming years as phase 3 trials are beginning in a number of locations around the world and Sanofi Pasteur is currently building a large production plant in France to be ready when the vaccine is introduced.

"It was a long shot 20 years ago when I started working on this disease, but it's becoming much closer now," says Shepard.

Shepard has been involved with a number of studies on the economics of vaccines. In some cases the technologies already existed and the research aided more widespread dissemination. For example, he led an evaluation in Ecuador that found that its mass campaigns were cost-effective in saving lives through increasing vaccination coverage. Another study showed that despite the higher price of a vaccine that protected against more diseases, incorporating hepatitis B or hemophilus influenza type B (HiB) into the basic childhood DTP vaccine (diphtheria, pertussis and tetanus) was economically advantageous due to higher coverage, savings in personnel time, and less discomfort by children.

"We know first-hand that regardless of where you live, we are all affected by dengue," says Shepard. "At the Heller School, we lost a remarkable graduate, Mironda Heston, who contracted dengue while working in Haiti. In her memory, we are extremely dedicated and proud to contribute to a better understanding of this awful virus in hopes to better control it."

Researchers at the Tulane University are developing an innovative trap to fight dengue fever.
Advertisement
Advertisement