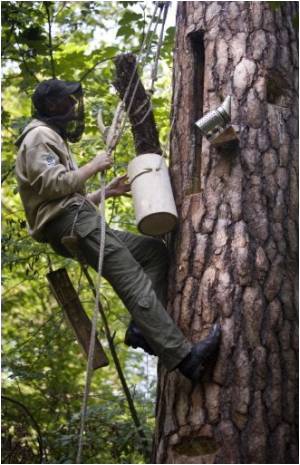 Britain's youngest beekeeper is suffering from a severe form of diabetes that could kill him even if he tastes a smallest amount of honey.

Adam Dawson is Britain's youngest beekeeper at the age of just 12 years but his severe diabetes means that he will have to increase his insulin dose every time he samples even a single spoon of honey.

Dawson was diagnosed with diabetes when he was just 18 months old and wears a machine that constantly pumps insulin into his blood stream. The 12-year old, who has been accepted in a beekeeping course at Bottisham Village College, Cambs, said that he hopes to get his first batch of honey next year.


"I didn't have much to do and I thought it would be a good hobby. I hope to get my first batch of honey next year. I can't eat much of the honey because of my diabetes but I can occasionally taste a spoonful", he said.