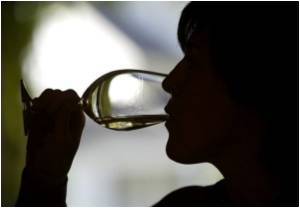 Drinking alcohol has been on the downturn in Britain since the recession but experts agree that with a change in the economy, consumption will pick up again.

A General Lifestyle survey carried out by the Office for National Statistics (ONS) states that men in the UK drank 16.3 units of alcohol a week on average in 2009, which was down from 17.4 in 2008, while women drank eight units a week on average, down from 9.4 in the previous year.

The survey also brought out the fact that middle classes drink more than the working classes. From a certain point as wages rise, so does average weekly alcohol consumption.   More people in high-earning jobs drink more than the recommended amounts of three to four units for men and two to three units for women. In fact, young women have been warned by doctors to restrain their social drinking, as one in seven white-collar women drink more than six units every day.


Statistics reveal an increase in consumption of alcohol among the middle classes and in professional and managerial households with increasing incomes.

Alcohol abuse
Advertisement
As Don Shenker, chief executive of Alcohol Concern, states, "It is very likely that alcohol consumption will rise again once the economy picks up. Government alcohol policy should ensure alcohol becomes less affordable permanently, not just in an economic downturn."