DRC: Worst Place to be Mother 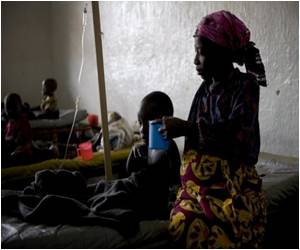 The Democratic Republic of Congo has been named as the worst place in the world to be a mother, reveals report.

Countries in sub-Saharan Africa took up each of the bottom 10 places for the first time in the 14 years that the report has been produced.

In contrast, Finland took the top spot, with its Nordic neighbours filling the other leading positions.


The London-based charity's "State of the World's Mothers" compared 176 countries in terms of maternal health, child mortality, education and levels of women's income and political status.
Advertisement
The group called for investment to close the "startling disparities" in maternal health between the developed and developing world and for a push to fight inequality and malnutrition.

The report found that a woman or girl in the DRC has a one in 30 chance of dying from maternal causes -- including childbirth.

"By investing in mothers and children, nations are investing in their future prosperity," said Jasmine Whitbread, Save the Children International's Chief Executive.

"If women are educated, are represented politically, and have access to good quality maternal and child care, then they and their children are much more likely to survive and thrive - and so are the societies they live in," she added.

"Huge progress has been made across the developing world, but much more can be done to save and improve millions of the poorest mothers and newborns' lives."

After the DRC, the next worst countries were listed as Somalia, Sierra Leone, Mali and Niger.

The report blamed the high death rates for babies in sub-Saharan Africa on the poor health of mothers -- citing figures which show 10 - 20 percent are underweight.

It also highlighted the number of mothers giving birth "before their bodies have matured", the low use of contraception, poor access to satisfactory healthcare and a dearth of health-workers.

The study identified four potentially lifesaving products which it claims could be rolled out universally.

They are corticosteroid injections to women in preterm labour; resuscitation devices to save babies who do not breathe at birth; chlorhexidine cord cleansing to prevent umbilical cord infections and injectable antibiotics to treat newborn sepsis and pneumonia.

The top countries after Finland were Sweden, Norway, Iceland and the Netherlands, with the USA trailing in 30th place behind Slovenia and Lithuania.

The report blamed the poor placing on its "weaker performance on measures of maternal health and child-wellbeing".

More News on:
The Magic Feeling of Being A Mother

Mothers More Likely to Leave Male-Dominated Jobs Than Other Women
Mothers were more likely to quit their jobs in male-dominated fields compared to other women, a new ...

Teenage Motherhood Linked to Obesity in Later Life
A new study suggests that teen moms were more likely to become obese when they grew up....