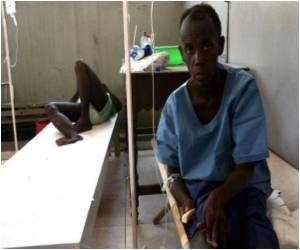 Officials have confirmed that more than 20 Venezuelans returned from a wedding last weekend in the Dominican Republic with cholera-like symptoms and are being quarantined at clinics in Caracas.

"It has been confirmed that they were infected in the Dominican Republic," Venezuelan President Hugo Chavez said as he sought to reassure his nation that there was little to no risk of the disease spreading.

Although doctors had already confirmed that some of the 21 Venezuelans quarantined had cholera, Health Minister Eugenia Sader described the chances of an epidemic in Venezuela as "slim."


"We have suspected and confirmed cases of cholera in the country," Sader said. "We can rest easy. We have an excellent water distribution network and all we are asking is that everyone takes appropriate precautions."

Greenhouse effect causes excessive heat to build up in the earth's atmosphere causing global warming and affects the environment and health.
Advertisement
The waterborne bacterial disease, which dehydrates victims but can be easily treated, has claimed nearly 4,000 lives in Haiti, the Caribbean nation that shares the island of Hispaniola with the Dominican Republic.

Sader said some 400 people had attended the wedding last Saturday in Santo Domingo and that another 12 Venezuelans were still in clinics in the Dominican Republic with suspected cholera.

Four other wedding guests with cholera-like symptoms had returned to Boston, Madrid and Mexico and "were being taken care of at this time," she added.

Despite the minimal risks, Sader urged Venezuelans to observe simple measures like washing their hands and washing food before eating it.

"It's in the next 24 to 48 hours that we will avoid the emergence of indigenous cases," she said.

The Dominican Republic, which has registered 238 cases since early January, reported its first death from the waterborne bacterial infection on Sunday. The victim had recently returned from Haiti.

The Haiti epidemic, which erupted in October, spawned deadly anti-UN riots in November as some turned their anger on peacekeepers from Nepal accused of bringing the disease into the country.

Venezuela suffered a major cholera outbreak in 1992 that killed 68 people and infected more than 2,800 others, according to UN figures.