Dog Ban in Public and Private Demanded by Iran MPs 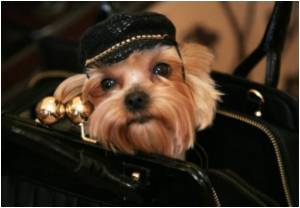 Media reports indicate that thirty-nine of Iran's 290 parliamentarians have tabled a motion to ban dogs from public places, as well as private flats.

Dogs are considered "unclean" by Muslims.

However, in recent years, man's best friend has started to appear in some wealthy districts of northern Tehran, where dog owners can be seen perambulating their pooches in streets and parks.


There is no official estimate of the canine population, but it is unlikely to exceed a few thousand.

"Walking dangerous, unhealthy or unclean animals such as dogs in places and public transport is forbidden," states the bill, which specifies that violators will be fined $100 (69 euros) to $500 and that "their animal will be confiscated."

Anthrax is caused by the bacterium Bacillus anthracis and spreads when the anthrax spores are inhaled, ingested, or come into contact with the skin lesion on a host.
Advertisement
Similarly, the draft bill states that "it is forbidden to keep such animals in an apartment."

A police circular already forbids dogs from cars and from being walked in public places, but the law is barely enforced.

The MPs who signed the motion aim to take on the growing number of people who "own dogs and walk them in public, which has become a problem for society and represents a blind imitation of vulgar Western culture," according to official news agency IRNA.

Animals that process information using a preferred hemisphere of the brain fare better those who use both sides of their brain simultaneously, a new study has said.
Advertisement
<< Vaccine to Prevent All Forms of Cancer to be Available by E...
Cell Proliferation in Cancerous Human Tumor Could be Blocke... >>