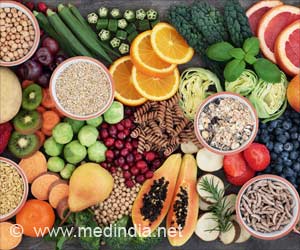 Despite spending less than white households on food overall, Latino and black households have a major impact on the environment per dollar spent on food compared to white households, reports a new study. The findings of the study are published in the journal Environmental Engineering Science.

The report suggests that black and Latino households tend to spend more on foods that have greater negative environmental impacts, such as grains and protein (e.g., cereals and chicken), and buy more food to eat between meals.

Malnutrition refers to imbalances in a person's intake of energy or nutrients and can occur due to an excess consumption of nutrients or a lack of nutrients.
Advertisement
‘Black and Latino households may be prompted to buy more food for in between meals due to feelings of food scarcity, driven by low household income. Hence, addressing food access problems could help facilitate the purchase of less environmentally intense foods.’

"Our current study shows that the food purchasing patterns of Latinx and black households have greater negative impact on the environment per dollar spent compared to white households because the foods they tend to purchase are more environmentally intensive to produce," said Joe Bozeman, a graduate student in the University of Illinois at Chicago Institute for Environmental Science and Policy and first author on the paper.


"But because white households spend more money on food; overall, their impact on the environment, in general, is still greater."

Bozeman believes that black and Latino households may be motivated to buy more food for in between meals due to feelings of food scarcity, driven by low household income.

In the current study, Bozeman and his colleagues explored the environmental impact of food consumption patterns among blacks, Latinos, and whites in the U.S. per dollar spent. They analyzed household income and food spending data from the U.S. Bureau of Labor Statistics and food consumption estimates from the U.S. Environmental Protection Agency's What We Eat in America Food Commodity Intake Database. They developed a new quantitative metric that included the overall environmental impact of common foods in the fruit, vegetable, protein, dairy and grain categories; the amount spent on food; and socioeconomic status. The researchers evaluated environmental impact by looking at the amount of land affected, water used, and greenhouse gas emitted in the production of basic food items.

They believe that the higher per-dollar rates of environmental impact for Latino and black household food purchasing are attributable in part to relatively low average household incomes among these demographic groups. Lower household income has been linked to the purchase of more inexpensive, energy-dense foods such as cereals and snacks, which can have a greater negative impact on the environment per dollar spent compared with lower calorie foods like fresh fruits and vegetables, which tend to be more expensive.

"Incentivizing particular demographic groups to shift to more fish or plant-based foods, which, based on our study and literature review, are better for the environment. This can be done through the Supplemental Nutrition Assistance Program or by adding environmental impact information to dietary guidelines to help raise awareness and hopefully reduce the environmental impact of everyone's eating patterns."

Scientists leading the Global Food Systems Initiative have an issued a call of help in the Frontiers in Sustainable Food Systems journal. In this, they have stated that they need the global academic community to adopt a new scholarly focus for food-system studies as the global food system urgently needs an overhaul.
Advertisement
<< Occupational Hazards Linked to Non-cancerous Lung Diseases
Brushing Your Teeth Properly can Cut Down Alzheimer's Diseas... >>