A new study has said that it is not mood but diet and changes in gut bacteria that are responsible for irritable bowel syndrome or IBS which leads to changes in bowel habits, abdominal pain, cramping and bloating.

Nearly 20 per cent of population in Western countries suffer from IBS. According to previous studies, mood and psychological conditions led to IBS.

Scientists from the American Gastroenterological Association say IBS, which was earlier referred to as colitis, spastic colon and mucous colitis, is caused when the balance between good and bad bacteria is altered.


The study says that even antibiotics taken for treatment of infections can bring about changes in gut bacteria and thus can increase the risk of IBS.

Researchers found out that carbohydrate-rich foods, especially fibre, can cause repeated bloating and flatulence. People who are prone to IBS also suffer from excess gas and bloating if they take in fibre.

"On the other hand, we now know for sure that diets containing low fibre content improve these symptoms significantly," said professor Giovanni Barbara of University of Bologna in Italy.

Professor Barbara said that what lives in our gut is also "crucial" for gastrointestinal health in general.

Cancer Risk Lowered by Eliminating Gut Bacteria Crucial for Intestinal Tumor Development
Researchers suggest that eliminating gut bacteria that are essential for the development of intestinal tumors can reduce the risk of cancer.
READ MORE 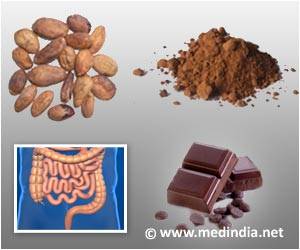