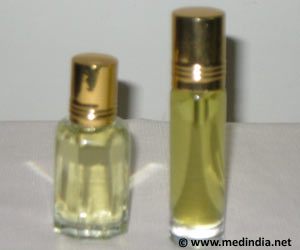 Roberto Cavalli, the Italian fashion designer, was accused on Wednesday of hijacking a symbol used by a school of Sufism to promote his Just Cavalli Perfume.

The group Sufi Rights said on its website that it was working with the students to highlight the "offence Roberto Cavalli... has caused by using their emblem" on the scent. Sufism is a branch of Islam.

The group's comments follow a social media campaign by the students including on Twitter with the hashtag #TakeOffJustLogo.


Sufi Rights describes its objective as providing a voice to Sufis by "protecting the sanctity of their faith" and raising awareness about its misrepresentation.
Advertisement
According to the organisation, the designer has rotated the symbol of the MTO Shahmaghsoudi School of Islamic Sufism -- two arcs linked in the middle -- by 90 degrees to come up with the one used on his perfume.

The school, which grew out of the Iranian diaspora, has branches in several countries.

The symbol had been "long used by Sufis", Farid Benaissa, one of the movement's organisers told AFP.

Several protests have already taken place outside Roberto Cavalli shops in Dallas, Los Angeles, New York, Washington, Dusseldorf and London. Others are planned, including in Paris.

"They (the students) are demanding the withdrawal of all products using their symbol," said Sufi Rights, adding that the demand was based on a refusal to see the sacred character of their faith sullied".

Contacted by AFP in Paris, a public relations representative for the Roberto Cavelli fashion house said it did "not wish to say anything on the subject".

Source: AFP
Advertisement
<< In Love With the Game, Not With the Brazil World Cup
Online Domain With .Wine Getting Ready >>

More News on:
Dealing with Anger

Mimosa, the Secret Ingredient of French Perfume-Makers
Mimosa flowers, the miniature pompoms bursting with colour and fragrance, turn the hills around the ...

Spray a Perfume to Lose Weight!
The world's first slimming perfume claims to 'slim with pleasure.'...

Study Reveals Why Women Wearing Perfume Seem More Attractive
The way in which pleasant scent plays a crucial role in altering people's perception towards others ...