In a bid to check the growing use of banned pesticides in vegetables and fruits, the Delhi high court on Friday directed a committee of experts to frame guidelines and submit report before October 10.

The division bench of Justice Sanjay Kishan Kaul and Justice Vipin Sanghi sought the report from the committee for framing a policy for periodic checks to detect pesticide residue in vegetables that pose health threats to people.

"There has been hardly any progress on the status report. In two months, only two meetings have been held. It's not acceptable to us. We expect meetings of the committee to be held more frequently. A status report must be filed positively before two days of the next date of hearing. Post the matter on Oct 10," the bench said.


The court was informed by the state government that committee members held two meetings since May 2, "On Aug 30, they (committee members) are meeting again and probably some action would be taken," said government counsel Meera Bhatia.

The court had earlier directed the government to constitute the committee after it took suo motu cognizance of a media report alleging use of banned pesticides.

The court observed that matters of this nature cannot be delayed and also expressed its displeasure that the committee had met only twice in the last three-and-a-half months.

NGO Consumer Voice's report found that 35 varieties of vegetables and fruits, picked from Delhi markets and tested for pesticide content, had toxins beyond permissible limits.

It told the court that vegetables and fruits sold in the city's markets contained poisons capable of causing cancer and harming the nervous system and liver.

The NGO said that the amount of pesticides used by farmers in India was as much as 750 times higher than European standards.

The court earlier formed a panel of lawyers to examine the pesticide content in various vegetables samples at laboratories.

The panel has so far examined over 10 types of vegetables.

The Falling Sperm Count In Men
Over the last century the male sperm count has been gradually falling.
READ MORE 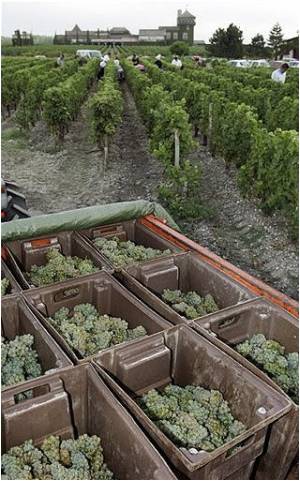 Study Says Most New Pesticides Have Roots in Natural Substances
A new study published in the Journal of Natural Products reveals that two out of three new pesticide ingredients can be obtained from natural substances produced by plants and animals.
READ MORE