A new research has revealed that having two portions of whole grains such as wholemeal bread and brown rice on a daily basis may almost halve the risk of developing pancreatic cancer.

According to the research, carried out by the University of California, San Francisco, a diet rich in these ingredients and other whole grain foods could bring about a substantial reduction in the risk of developing this form of cancer.

In the study of more than 2,000 men and women, a clear link between the amount of whole grains eaten and the chance of developing pancreatic cancer was revealed. It was found that those who ate at least two helpings of whole grains a day - the equivalent of a cup of brown rice or porridge, or two slices of wholemeal bread - were 40 per cent less likely to develop the disease than those who ate less than one portion.

"There is a possibility that diet can affect one's risk of pancreatic, as well as other cancers," the Daily Mail quoted, the researchers, as saying. "Eating a diet rich in a wide variety of grains is likely not only to help in the prevention of diabetes and heart disease, but also this very deadly cancer," they added.

In fact, during the study, it was found that eating more refined and sweetened grains - such as two or more servings of doughnuts a week - was found to raise the risk of pancreatic cancer. Dr June Chan, lead author of the study, said: "The risk reductions associated with some whole grain foods and fibre provide general support for the hypothesis that eating whole grains is much better than eating more refined and sweetened grains for pancreatic cancer prevention."

The research was published in the American Journal of Epidemiology. 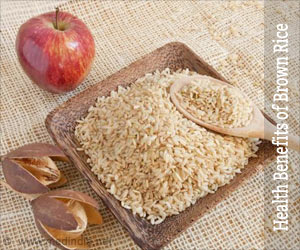