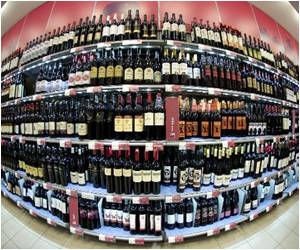 Making a habit of drinking sugar sweetened drinks on a daily basis can prove harmful for liver, as new study claims that it increases the risk for non-alcoholic fatty liver disease (NAFLD).

Even if you don't drink alcohol, you are at risk for non-alcoholic fatty liver disease, which is a common problem among overweight and obese people who eat junk food.
Advertisement

The sugar-sweetened beverages on the questionnaires included caffeinated- and caffeine-free colas, other carbonated beverages with sugar, fruit punches, lemonade or other non-carbonated fruit drinks. The participants underwent a computed tomography (CT) scan to measure the amount of fat in the liver and the authors of the current study used a previously defined cut-point to identify NAFLD.

Participants of the study with increased symptoms of physiological distress were more likely to die from liver disease than those with lower symptoms of stress.
Advertisement
First author Dr. Jiantao Ma said that their study added to a growing body of research suggesting that sugar-sweetened beverages may be linked to NAFLD and other chronic diseases including diabetes and cardiovascular disease. The study is published in the Journal of Hepatology.

New MRI agents can get both positive and negative contrast images within one application, providing double the accuracy and confidence of locating liver tumors.
Advertisement

Women Binge Drinkers are at a Higher Risk for Liver Diseases, Cancer

Young and middle-aged women who consume more alcohol are a lot more susceptible to the side-affects of alcohol because they are smaller in size.
Advertisement

Biliary cirrhosis occurs due to obstruction to the flow of bile through bile ducts either within the liver or ...

Current Treatments for Liver Cancer (also known as hepatoma or hepatocellular carcinoma) can result in ...

Milk Thistle is a resourceful natural plant which has many medicinal benefits. In herbal medication milk ...

This is a rare inherited systemic disorder of copper metabolism, affecting the liver mainly before other ...