Cutting the Standard Dose of Acetazolamide Won't Reduce Its Effectiveness 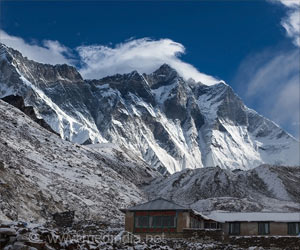 Trekkers and climbers taking low dose of acetazolamide which is 62.5 mg twice daily, were no more likely to develop acute mountain sickness (AMS) symptoms than those who took double the dose, which is considered as a standard prophylactic dose, reveals a new study published in Wilderness & Environmental Medicine.

Many trekkers and climbers use acetazolamide to prevent acute mountain sickness, which can cause headaches, gastrointestinal upset, fatigue/weakness, vertigo, and/or sleep disturbance, but the medication also has problematic side effects, especially at high doses. As a result, a group of investigators set out to find the lowest possible dose to prevent AMS with the least number and severity of side effects.


"We found that half the recommended prophylactic dose, 62.5 mg twice daily, was just as effective in preventing AMS," explained lead investigator Scott E. McIntosh, MD, MPH, Division of Emergency Medicine, University of Utah, Salt Lake City, UT, USA. "The prophylaxis of altitude illness with the lowest effective dose of acetazolamide has been a topic of discussion in mountain medicine for many years. While high-altitude mountaineers have reported using lower doses with beneficial effects


‘Acetazolamide could lead to various side effects at high dose leading to safety concerns at high altitude. Low dose is as effective as standard dose for mountain sickness.’
Read More..


, to our knowledge, this is the first formal study to test a dose lower than twice daily 125 mg." Approximately 10 to 25 percent of trekkers and climbers ascending above 2,500 meters experience AMS, increasing to 50 to 85 percent in individuals ascending above 4,500 to 5,500 meters, especially when the ascent is rapid. The common strategy for preventing altitude illness is gradual ascent, which allows time for acclimatization. When that is not possible, acetazolamide is the standard agent of choice for prophylaxis against altitude illness.

Although acetazolamide speeds acclimatization and helps prevent high-altitude illness, side effects may deter use. Multiple studies have demonstrated increased side effects with higher doses of acetazolamide. In particular, paresthesia, altered sensation of taste, frequent urination, headache, nausea, and rash have been found to be more common at higher doses and can lead to safety concerns at high altitudes.

Dr. McIntosh noted that their findings showed similar side effects with both doses, "Our study did not support our secondary hypothesis that there would be fewer, less severe side effects with the reduced dose, as previous studies had led us to predict."

The investigators conducted a randomized, double-blinded, non-inferiority trial in Nepal and Alaska between March 2012 and March 2016. They decided to include the 73 participants from Nepal in the analysis as the differences in latitudes, technical and exertion efforts, and ascent rates in the two cohorts could have interjected bias into the study.

In addition, because the medication had previously been shown to be effective and safe in placebo-controlled trial, the study compared the two treatment groups directly without including a placebo in the study design.

The participants were randomized while still at a low altitude to receive twice daily doses of either 125 mg or 62.5 mg of acetazolamide. They were monitored throughout the course of the study using the Lake Louise Scoring System (LLSS) to evaluate AMS onset and symptoms and were also asked to log their symptoms and side effects during their trek or climb.

Analysis of the results showed that the mean LLSS for the reduced-dose group was 1.014, while the score for the standard-dose group was 0.966. This finding confirmed the reduced dose was as effective as the standard dose. While the data were encouraging, the investigators recommend further study with larger numbers of participants and placebo groups to definitively establish ideal dosing.

"This is a prospective experimental study conducted in high-altitude field conditions. Such work is difficult to complete and a testament to all involved. I hope that it encourages many other new research initiatives," commented Neal W. Pollock, PhD, Editor-in-Chief, Wilderness & Environmental Medicine.