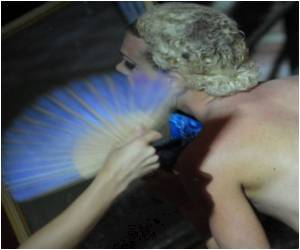 The story of Cuba's first transsexual to undergo gender reassignment surgery is coming to the big screen in a documentary getting its premiere Wednesday on the Communist-ruled island, its director said.

"Mavi Sussel underwent (male-to-female) gender reassignment surgery in 1988 and the documentary is a journey inside this woman, and about the prejudices and problems she has faced, and the questioning of her womanliness," filmmaker Marilyn Solaya said, quoted on the official news agency AIN, ahead of the film's launch Thursday.

Solaya started her career as an actress in Cuba and appeared in the award-winning "Fresa y Chocolate" ("Strawberry and Chocolate").


The state's sexual education office (Cenesex), led by sexologist Mariela Castro, a daughter of President Raul Castro, has lobbied hard for issues such as transsexualism to be confronted head-on in Cuba.

In 2008 sex change operations were legalized in Cuba, 20 years after they were frozen following the operation on local trailblazer Mavi Sussel. They are now free and performed by Cuban experts trained by European specialists.