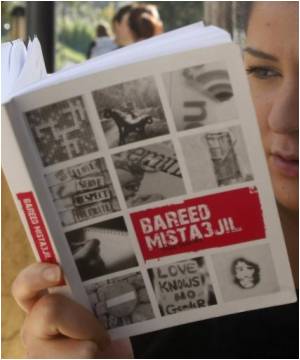 In a daring, unprecedented move, a pioneer of the Arab world's underground transgender movement has released her memoirs, recounting her struggle to become a woman against all odds.

"Mouzakarat Randa al-Trans", or "The Memoirs of Randa the Trans", is a brutally honest narrative that traces Randa's battles with family, society, country, religion and abuse in her native Algeria.

The United States has new, more flexible passport regulations for transgender people, and ended an earlier requirement that reassignment surgery precede a passport gender change, the 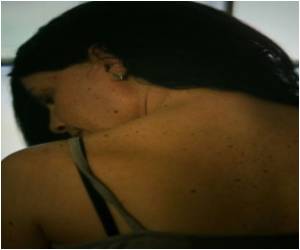 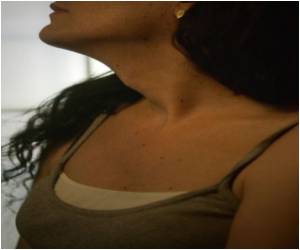 Co-authored by Lebanese journalist Hazem Saghieh, the 144-page book released this year in Beirut unflinchingly details Randa's life from childhood as a male to her first sexual experience with a man and the consequences of her choice to live as a male-to-female transsexual.


"At some point I put two bottles of pills on my dresser and knew that I had a choice," Randa, who was named Fuad at birth, told AFP in Beirut.

"I could either die now by taking the entire vial of medication, or start on the vial of hormones and live -- as a woman and with the possibility that I might die at the hands of someone else."

Long-running death threats last year forced her to leave her homeland and, with an expired European visa and friends in nearby Lebanon, Beirut seemed the obvious choice.

"I had been receiving threats for some time," she said. "General security in Algeria had built a file on me, and I had been 'warned' by certain Islamist groups.

"Last April, I was given a 10-day ultimatum: leave or be killed."

Thin and soft-spoken with long dark hair, Randa today lives as a woman in Beirut where she is preparing to complete the surgical process that will transform her into a female.

And although patriarchal values still hold sway over this small eastern Mediterranean country, Beirut's relatively tolerant society and the stellar reputation of Lebanese doctors have encouraged persons of different sexual orientations and identities to seek refuge in the vibrant city.

"People ask you why anyone would give up the privileges men have to be ranked even worse than women who were born as women," Randa said.

"We need to make people understand that the word transsexual is not about sex and it's not about pleasure," she added. "It's about identity."

Noel Nakhoul, a counselor who works with people questioning their sexual identity, says that while there are no reliable studies, Lebanon is the most popular country for marginalised communities in the Arab world.

"Generally they feel that it is a more democratic country, at least socially," Nakhoul told AFP. "It's known for its multiplicity, especially when the other choice is totalitarian countries like Iran."

While Iran punishes homosexual conduct with execution, sex change is permitted by religious edict in the Islamic republic, which is reputed to have the highest rate of sex reassignment surgeries after Thailand.

Surgeon Antoine Eid estimates that one in 50,000 people in Lebanon has some degree of gender dysphoria syndrome, or discontent with their biological sex.

"People are increasingly coming to Lebanon for these surgeries because the law does not forbid it and the medical sector is highly regarded," Eid, who had no available statistics, told AFP.

"But we are very selective in who is a candidate for surgery, and psychiatric consultation for at least one year is a must before the decision is made."

And in the tightly knit societies of the Arab world, Eid insists his patients secure their families' support before embarking on the long, painful process.

But for Randa -- who laughingly refuses to disclose her age but concedes she is "30-something" -- family approval was out of the question.

"Even today, I cannot tell you how many times I want to call my sisters, but I always dial the number and hang up before it rings. I would ruin their lives," she said, fighting back tears. "I lost everything. I have nothing more to lose.

"What have I got to lose if society rejects me?"

Lebanon is home to the Arab world's leading lesbian, gay, bisexual and transgender rights group HELEM, and a number of gay and gay-friendly bars have flourished in the capital.

HELEM now regularly hosts events on the International Day Against Homophobia and Transphobia (IDAHO), but while Beirut is more liberal than its neighbours in the largely conservative Middle East, it remains far from a tolerant city.

Even so, the brutal beating by police of two men for alleged gay behaviour last year did not deter HELEM supporters from taking to the streets to mark IDAHO this May, carrying banners that read "Ana shazz," or "I am queer," and "Barra!" or "Out!"

Through HELEM, Randa said she is fighting to raise public awareness about and acceptance of transsexual persons.

"Sometimes I want to give up and leave, but I know that if I leave, I'll be back," she said.

"Freedom is never given to you," she added. "You have to reach out and take it, sometimes no matter the risks.

"And we can't stop fighting now."

A group of transgenders in Tamil Nadu on Monday pledged to donate their eyes as a part of the Transgender Day celebrations in the state.