Creutzfeldt-Jakob Disease may be Caused by Surgery 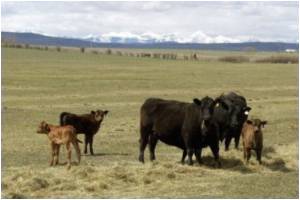 A new study says that Creutzfeldt-Jakob disease or mad cow disease may be transmitted through surgery.

"Based on the monitoring records of spongiform encephalopathy in two Nordic countries, we studied the possibility of transmission of the sporadic form of CJD through general surgery", explains Jesús de Pedro, main author of the study and head of prion monitoring in patients at the National Epidemiology Centre of the Carlos III Health Institute.


The finding, published recently in the Journal of Neurology, Neurosurgery & Psychiatry, reveals that, with a few exceptions, the risk of having contracted the sporadic form of CJD manifests itself at least 20 years after having undergone an operation.


"While we are not ruling out the idea that intraoperational transfusions may play a secondary part, the data suggest that the disease enters and spreads much more quickly within the central or peripheral nervous system", confirms De Pedro.

According to the authors, the fact that computer records of surgeries have been in place since the early seventies in hospitals in Sweden and Denmark enables operations on residents of those countries to be linked to cases of CJD, which "extends an extraordinary quality to the information and more credibility to the findings given the almost total absence of memory bias".

Why is the idea of transmission through surgery important?

The most interesting thing about this finding, which points to an external cause that could be prevented, is that "it may signify a shift in our understanding of the nature of neurodegenerative diseases, such as Alzheimer's or Parkinson's".

We might, therefore, ask ourselves if other types of motor neurone diseases can be transmitted through surgery and be latent for decades, such as those where risk factors, particularly physical professions and activities or certain sporting activities, for example, which are more likely to lead to surgery, have already been indicated.

"Suggesting that a disease could have been acquired during health care is a very delicate affirmation, as some relatives of patients with sporadic CJD may be tempted to seek compensation from health authorities for the alleged intraoperational transmission years previously, which would be impossible to prove in individual cases", he reasons.

Nonetheless, the most conclusive pattern that the study presents, albeit based on few cases and one that must be replicated in future studies, is that the onset of CJD occurs approximately 10 years after an operation on the retina with reused equipment.

Mad Cow Disease may be Detected by Eye Tests of Cattle
Scientists say a peek into the eyes of cattle may become the basis for a long-sought test to detect infection with the agent that causes Mad Cow Disease.
READ MORE