New pilot study finds that vegetarians who consume the dietary supplement creatine may experience improved brain function. The findings of the study are presented at the American Physiological Society's (APS) annual meeting.

Creatine is a chemical stored in the muscles and brain that helps build lean muscle. In addition to being produced by the human body, creatine is also naturally occurring in red meats and seafood and in smaller amounts, dairy products. People who do not eat animal products generally have lower creatine levels in the brain than those who consume meat.


A research team from Stetson University in Florida studied vegetarian volunteers as well as those who ate either up to 10 or 10 or more servings of beef, chicken, pork or fish each week.


‘Vegetarians have lower creatine levels as creatine is not present in plant-based foods. But a new study finds that supplementation of creatine resulted in better memory in vegetarians rather than in those who consume meat.’
Read More..


The volunteers were split into two groups selected randomly. One group took a daily creatine supplement for four weeks, and the other group did not. Before and after the trial, all participants took the ImPACT test, a widely used standardized measure of neurocognitive function. The vegetarian supplement group scored higher on the ImPACT test than the group that ate 10 or more servings of meat, poultry or seafood per week.

"Meat eaters did not show any significant improvement of cognition following supplementation because [their] creatine levels were already elevated [from their diet]," explained Kaitlyn Smith, first author of the study.

"This is a pilot study for future research in the field of cognition, and specifically in vegetarians, as [there is] a shift to meat- and dairy-free alternatives in society," Smith added.

Kaitlyn Smith, an undergraduate student at Stetson University, will present the poster "Effect of creatine-monohydrate on cognitive function in subjects who differ in dietary meat consumption" on Monday, April 8, in the Exhibit Hall-West of the Orlando County Convention Center.

Creatine Monohydrate Supplementation Does Not Slow Progression of Parkinson's Disease
Treatment for Parkinson disease patients with creatine monohydrate, compared with placebo, for at least 5-years in early and treated cases has failed to slow clinical progression of the disease.
READ MORE 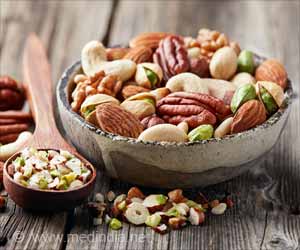 Eating Nuts Every Day Can Boost Your Brain Health
Eating more nuts daily can improve your brain health and keep your brain sharp. So, make sure to grab some nuts every day to boost your thinking, reasoning and memory skills.
READ MORE

Gut Microbiome Could Offer New Therapeutic Options for Brain Health
The effects that bacteria living in the gut have on overall human health, inflammation, and specifically brain health are published in a journal.
READ MORE 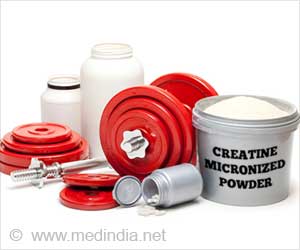 Creatine Supplementation
What is creatine? It is a food constituent, which is found in muscle tissue and derived from animal sources. Creatine is an ergogenic aid used to enhance sports performance by increasing energy production.
READ MORE