Cougars On The Prowl - A Media Myth? 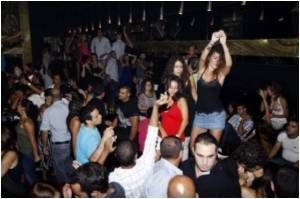 Older women might not exactly be on the prowl to snare younger men. The 'cougar' is probably a media myth, says psychologist Dr Michael Dunn of the Cardiff School of Health Sciences, University of Wales. He had led a study that analysed the age preferences of 22,000 men and women, using online dating sites across 14 countries and two religious groups.

The findings, published in the journal Evolution and Human Behavior, disputes the "cougar" phenomenon popularized in TV shows and movies like "Cougar Town" starring Courteney Cox and "Sex and the City" of women aged over 40 seeking "cubs."

Internet dating may just be what cupid ordered in the age of the internet! Internet dating is here to stay - for the dull and the delirious, the young and the old, for the married and the single.
Advertisement

Dr Michael Dunn says he thinks the cougar myth has been made up by the media and about the only people who benefit are dating agencies promoting cougar and toy-boys (young male partners).


"A critically important consideration for advertisers on online dating sites appears to be the age of a potential partner," Dunn said in a statement.

Dating Violence Shoots Up In Canada

Dating violence in Canada rose sharply between 2004 and 2008, according to a report released by Statistics Canada.
Advertisement
He said it was a commonly held assumption that with the advent of female financial independence, women were now free to target men of any age group, as securing financial security from older, wealthier males was no longer a priority.

"The transference of female desire from relatively older men to relatively younger men, it has been argued, is reflected by the growth of the toy boy phenomenon," he said.

"The results of our research challenges these assumptions. Although there was some cultural variation in extremes, the results showed clearly that women across all age groups and cultures, targeted males either their own age or older."

Dunn said a strikingly different pattern of age preferences was evident in men.

Younger men, aged 20 to 25, either targeted females their own age or marginally younger.

But as males aged, they clearly expressed a preference for women increasingly younger than themselves, with this pattern also being cross-culturally consistent.

"These findings are clearly supportive of evolutionary theory," Dunn added. "A wide variety of evidence has shown that women, when considering a potential long-term partner, focus more than males on cues indicative of wealth and status and these logically accumulate with age.

"Males conversely focus more intently on physical attractiveness cues and these are clearly correlated with the years of maximum fertility."

A press release from the Wales varsity added: "Madonna and Demi Moore are said to be influencing a whole new generation of 'cougar' women who see much younger men as their goal when looking for a long-term partner.

"But this notion of the 'toy-boy' phenomenon is dispelled as a myth which only exists in the world of celebrity rather than reflecting real life."

Dr Dunn told AAP that Australian men preferred younger women but they tended to nominate a less dramatic age gap, and they were the least likely of those studied to rule out dating older women.

"Australian males are still showing a predilection to younger females but not as young asmales in other countries sampled," he said.

"If we look at maximum age preferences, then Australian men show a willingness to consider females marginally older than other countries - especially at age 50 - but even here this preference is for women only one or two years their senior."

When it comes to the gender that desires a dramatically younger partner then, Dr Dunn said, men win hands down.

"Not once across all ages and countries ... did females show a preference for males significantly younger than male preferences for females," he said.

However, Rich Gosse of California, a singles 'activist,'  begs to differ. Reacting to the Wales-based study, he said in a statement, , ""The Cougar Phenomenon is alive and well all over the world," despite Dr. Michael Dunn's newly released major study at the University of Wales Institute in Cardiff, UK. And we will prove it at The International Cougar Convention on 11 September 2010 in London.

"Dr. Dunn correctly concluded that women prefer older men. Nothing new there. Women have consistently preferred older men for thousands of years. But his study only covered PREFERENCES, not who these women ACTUALLY are dating. If his study had analyzed who women are actually dating, he would have found that many are breaking out of the younger woman/older man stereotype and dating YOUNGER men. And that's because many of the A-list celebrities (Demi Moore, Mariah Carey, Courteney Cox, etc.) are not only dating but are actually MARRYING their younger men."

Rich Gosse describes himself as the world's foremost proponent of cougar/cub relationships. He is the author of the newly released The Cougar Imperative: Why MidLife Woman MUST Choose Younger Men. Over the past year he has produced large, successful Cougar Conventions in major cities throughout the USA, Canada, and Australia, and will crown Miss Cougar International on the evening of 11 September 2010 at Abacus Nightclub in London.  Dr Dunn himelf admitted the dating websites were geared towards those seeking long-term relationships, and a trend of older women seeking younger men for casual sex could not yet be ruled out.