Corporal Punishment is a Reality Among Children Worldwide: Study 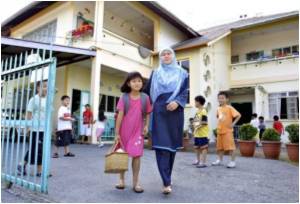 Spanking children is a common form of punishment worldwide despite a ban on corporal punishments in 24 countries, a recent study has revealed.

Spanking has declined in the U.S. since 1975 but nearly 80 percent of preschool children are still disciplined in this fashion.

"The findings are stark. Harsh treatment of children was epidemic in all communities. Our data support the conclusions that maltreatment occurs in all nations," Desmond Runyan, professor of social medicine at UNC and lead author of a study that conducted surveys in Egypt, India, Chile, the Philippines, Brazil and the U.S. to track international variations in corporal punishment said.

Malaysia is to revive caning in schools to curb discipline problems among pupils, three years after making moves to ban corporal punishment, a minister said.
Advertisement
Some findings of his study said that rates of harsh physical discipline revealed by the surveys were dramatically higher in all communities than published rates of official physical abuse in any country.

Mothers with fewer years of education more commonly used physical punishment. Rates of corporal punishment vary widely among communities within the same country. For example, both the highest and lowest rates of hitting a child on the buttocks with an object were found in different communities in India.

Harsh punishment of children by parents is not less common in countries other than the U.S. It may be more common, especially in low and middle income countries.

Adam J. Zolotor, assistant professor of family medicine in the UNC School of Medicine, led the other two studies. The first tracked corporal punishment and physical abuse trends for three-to-11-year-old children in the U.S. as demonstrated by four separate surveys conducted in 1975, 1985, 1995 and 2002.

This study found that 18 percent fewer children were slapped or spanked by caregivers in 2002 compared to 1975. However, even after this decline, most preschool-aged children are spanked (79 percent), and nearly half of children ages eight and nine in the 2002 survey were hit with an object such as a paddle or switch.

"This study shows that the U.S., unlike most other high income countries, has had little change in the use of corporal punishment as commonplace," said Zolotor.

"Given the weight of evidence that spanking does more harm than good, it is important that parents understand the full range of options for helping to teach their children. A bit of good news is that the decline in the use of harsher forms of punishment is somewhat more impressive," he added.

His second study was a systematic review of the laws and changes in attitudes and behaviors in countries that have adopted bans on corporal punishment since the passage of the Convention on the Rights of the Child in 1979.

"This study shows us that, over 30 years after the passage of the Convention on the Rights of the Child by the United Nations and after ratification by 193 member countries, a small number have supported this convention by explicit prohibition of corporal punishment. It also underscores the important relationship between social change and legislative change," Zolotor said.

The study has been published online by the journal Pediatrics.

Shannoo Khan, who had slipped into coma after she was hit by her teacher and made to stand in the sun for over two hours, died at a hospital here on Friday.
Advertisement
Advertisement
This site uses cookies to deliver our services.By using our site, you acknowledge that you have read and understand our Cookie Policy, Privacy Policy, and our Terms of Use  Ok, Got it. Close
×