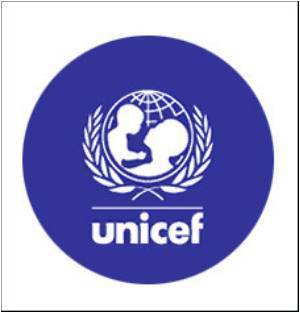 Well-known Bollywood actress Priyanka Chopra is chosen as the National Ambassador of the UNICEF for promoting child rights and adolescence.

Chopra joins superstars Amitabh Bachchan and Sharmila Tagore in supporting UNICEF's work for children in India and around theorld.

Eastern Europe and Central Asia are witnessing the fastest spread of the HIV virus in the world with more than 8o% of the infected under 30 years of age, according to a UNICEF report.
Advertisement

"I am very honored to formalise my association with UNICEF as their National Ambassador to help bring awareness for child rights and adolescence," said Chopra at today's signing ceremony in Delhi.


"Over the past few years, I have worked very closely with the team at UNICEF to bring awareness to a number of causes related to India's young, and, I realised that there is so much more to be done. I hope that by lending my voice, I can make a difference to their lives," she added.

"You all know Priyanka Chopra as a shining star of Indian cinema. Now, I tell you that she is equally passionate about her work on behalf of children and adolescents," Hulshof said.

"We are proud of the work she has done with us so far on child rights, and, we are thrilled about all what we will be doing together so that no child gets left behind. Priyanka, with her unwavering commitment to child rights, will help to create a world fit for children," Hulshof added.

Chopra was Miss World 2000. She made her entry into the Hindi film industry in 2002, and since then, has taken on acclaimed roles in many groundbreaking films.

In 2009, she earned the Best Actress title at the National Film Awards, the most prominent film award ceremony in India.

Chopra started her collaboration with UNICEF in 2008. Since then, she has recorded a series of public service announcements championing girls' education and celebrating the 20th anniversary of the Convention on the Rights of the Child. She has also participated in a media panel discussion to promote child rights.

UNICEF Ambassadors are celebrities with a demonstrated commitment to improving the lives of children. Highly talented in their individual right, they all share an ability to bring children's issues to attention, to galvanize support from the public and lead decision makers and to raise urgently needed funds for vital UNICEF programmes.

River pollution in India will continue to bother the rural people according to Lizette Burgers,Chief of Water and Environmental Sanitation of UNICEF.
Advertisement
Advertisement
This site uses cookies to deliver our services.By using our site, you acknowledge that you have read and understand our Cookie Policy, Privacy Policy, and our Terms of Use  Ok, Got it. Close
×