Complete Assessment Required for Use of Anti-influenza Drug 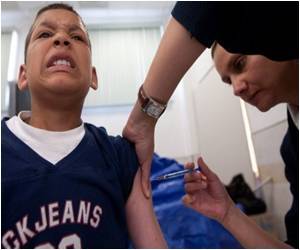 Lack of availability of data has interfered with the assessment of the anti-influenza drug oseltamivir, according to a Cochrane Review.

However, after piecing together information from over 16,000 pages of clinical trial data and documents used in the process of licensing oseltamivir (Tamiflu) by national authorities, a team of researchers has raised critical questions about how well the drug works and about its reported safety profile. The new analysis shows inconsistencies with published reports, and describes possible under-reporting of drug-related side-effects in some published trial reports. While the drug did reduce the time to first alleviation of symptoms by an average of 21 hours, it did not reduce the number of people who went on to need hospital treatment. Results from the reanalysis of data also raise questions about how the drug works as an influenza virus inhibitor.

These finding are published in The Cochrane Library by an international team of researchers from Italy, Australia, USA, UK and Japan. It was funded by the National Institute for Health Research Health Technology Assessment (NIHR HTA) programme.


In line with World Health Organization (WHO) recommendations made in 2002, governments around the world have spent billions of dollars stockpiling neuraminidase inhibitors such as oseltamivir and zanamivir (Relenza). The agents' proposed mode of action is to limit the proliferation of viruses within an infected person, which in turn reduce the duration of a person's symptoms, and consequently reduce the chances of passing the disease to another person.

Leucopenia / Leukopenia is a decrease in the number of total white blood cells found in blood. The normal total white cell count is 5000-10000 per cubic millimeter.
Advertisement
Led by Dr Tom Jefferson, a Cochrane review author and independent epidemiologist based in Rome, Italy, a team of researchers have obtained and analysed data on antiviral drugs, much of which has never been published, and evaluated the evidence that lay behind some of the statements. This latest Cochrane review focused primarily on oseltamivir because it is a commonly used and stockpiled drug and is on the list of WHO essential drugs. The Cochrane team were reluctant to base their research on the trials that have been published in scientific journals, because while many trials have been conducted around the world, only a few have been published.

"We identified that a large number of studies, including data from 60% of the people who have been involved in randomised, placebo-controlled phase III treatment trials of oseltamivir have never been published. This includes the biggest treatment trial ever undertaken on oseltamivir that on its own included just over 1,400 people of all ages," says Jefferson. "We are concerned that these data remain unavailable for scrutiny by the scientific community."

Although the team were able to access thousands of pages of data provided to national regulatory agencies and other bodies, they were only able to access a proportion of the data they needed to evaluate fully the effects of oseltamivir, despite requests to the drug's manufacturer, Roche.

When the team compared published data with the more complete unpublished trial records, they found inconsistencies in the published record of the trials. For example, while unpublished trial reports mentioned serious adverse events (some even classified as possibly related to oseltamivir), one of the two most cited publications makes no mention of such effects, and the other states "... there were no drug-related serious adverse events".

Jefferson and colleagues also found disparities in the numbers of influenza-infected people reported to be present in the treatment versus control groups of oseltamivir trials. The researchers believe that this imbalance may be caused by oseltamivir affecting antibody production. "The disparity is important because in oseltamivir trials, primary efficacy outcomes were analyzed on the influenza infected subpopulation, but it is not clear that these groups were in fact comparable," says Jefferson.

The researchers conclude that there is an urgent need for independent research on both of these drugs. There is continuing uncertainty about their effects beyond the initial reduction in symptoms, mainly because full access to the data needed has still not been provided. "We believe that until more is known about the mode of action of neuraminidase inhibitors health professionals, patients and other decision makers need to reflect on the findings of this review before making any decision about the use of the drug," concluded Jefferson.

Also published in this issue of The Cochrane Library is an updated systematic review of neuraminidase inhibitors for children only ('Neuraminidase inhibitors for preventing and treating influenza in children' by Wang et al). Dr David Tovey, Editor in Chief of The Cochrane Library notes that "This review uses more standard review methods and only evaluates published studies. The two reviews therefore use different methods and this leads to differences regarding their findings, but some results are broadly similar to those presented in the review by Jefferson et al."

Swine flu, a type of influenza caused by a new strain of the H1N1 Type A influenza virus has originated from the pigs. Winter always brings along the chills and the flu, make sure you're safe this season.
Advertisement
<< Polyphenols in Red Wine Reduce Risk of Cardiovascular Disea...
Pain of Medical Procedure can be Reduced by A Nurse's Lovin... >>

Find a Doctor The Essence of Yoga Iron Intake Calculator Accident and Trauma Care Loram (2 mg) (Lorazepam) Turmeric Powder - Health Benefits, Uses & Side Effects Color Blindness Calculator Selfie Addiction Calculator Drug Interaction Checker Nutam (400mg) (Piracetam)
This site uses cookies to deliver our services. By using our site, you acknowledge that you have read and understand our Cookie Policy, Privacy Policy, and our Terms of Use