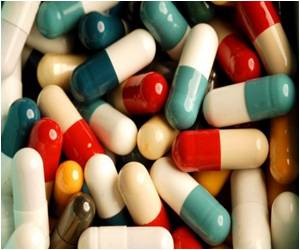 The chemical to prevent the death of brain tissue in a neurodegenerative disease has been identified by scientists. Researchers claim that the resulting medicine could treat Alzheimer's, Parkinson's, Huntington's and other diseases.

The University of Leicester discovery showed all brain cell death from prion disease in mice could be prevented.


When a virus hijacks a brain cell it leads to a build-up of viral proteins. Cells respond by shutting down nearly all protein production in order to halt the virus's spread.
Advertisement
However, many neurodegenerative diseases involve the production of faulty or "misfolded" proteins.

These activate the same defences, but with more severe consequences.

The misfolded proteins linger and the brain cells shut down protein production for so long that they eventually starve themselves to death.

It is the first time that any form of neurodegeneration has been completely halted, so it is a significant landmark. It shows that the process being targeted has serious potential.

If this can be successfully developed, which is not guaranteed, the prize would be huge.

In Parkinson's the alpha-synuclein protein goes wrong, in Alzheimer's it's amyloid and tau, in Huntingdon's it's the Huntingtin protein.

But the errant protein is irrelevant here as the researchers are targeting the way a cell deals with any misfolded protein.

It means one drug could cure many diseases and that really would be something to get excited about.