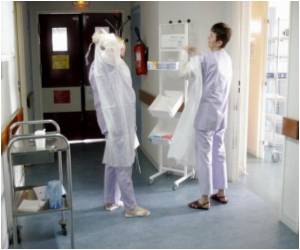 A new UT Southwestern Medical Center study indicates that cognitive behavioral therapy in addition to medication improves the long-term success of treatment for children and adolescents suffering from depression.

Based on the results of a clinical trial conducted at UT Southwestern and Children's Medical Center of Dallas, depression relapse rates were substantially lower in a group of youth who received both forms of treatment versus medication alone.

"Continuation-phase strategies designed to reduce the high rates of relapse in depressed youths have important public health implications, as recurrence of depression is more likely in youths with multiple episodes," said Dr. Betsy Kennard, Professor of Psychiatry at UT Southwestern and senior author of the study published June 17 in The American Journal of Psychiatry.


Relapse rates in youth with major depressive disorders typically range from 40 percent to 70 percent, said Dr. Kennard, also Director of an outpatient program at Children's Medical Center called Suicide Prevention and Resilience at Children's (SPARC).
Advertisement
In this study, the relapse rate for the group of 75 youth who received behavioral therapy for six months following six weeks of initial treatment with the antidepressant fluoxetine, also known as Prozac, was 9 percent. Among the group of 69 youth who received only the drug during this period, 26.5 percent relapsed.

Youth who showed improvement after receiving fluoxetine for an initial six-week treatment period continued in the study, split between the medication-only and therapy plus medication groups. Study participants' ages ranged from 8-17.

"Unfortunately, medication alone is not always enough to prevent relapse," said Dr. Graham Emslie, Chief of the Division of Adolescent and Child Psychiatry, Professor of Psychiatry and Pediatrics at UT Southwestern, and a contributing author of the study. "Identifying novel strategies to prevent future relapses for young people should be a priority. This approach is unique in that treatment was added at a time when the intensity of care is frequently decreasing."

The type of therapy used in this trial - called Relapse Prevention Cognitive Behavioral Therapy - is an individual psychotherapy treatment with a family component that focuses on reducing residual symptoms, increasing wellness behaviors, and preventing relapse. For six months, the youth in this arm of the trial participated in eight to 11 therapy sessions that were tailored to each child.

"It is also worth noting that youth who received the therapy had lower medication doses, yet had better outcomes than those on higher dosages in the medication management-only group," said Dr. Kennard.

Research Points to New Ways to Prevent Relapse in Cocaine-Addicted Patients
Relapse is the most expensive and painful feature of drug addiction  even after addicted ......

Acute Leukemia may Relapse Due to Common Mutation
As per latest research by the Harvard stem cell scientists, acute lymphoblastic leukemia relapses .....

Pre-Leukemic Stem Cell Linked With Initiation and Relapse of AML Discovered
A pre-leukemic stem cell that could be the first step towards initiating the disease has been ......

Mindfulness Meditation
Mindfulness meditation is awareness of actuality and being in a non-judgemental state. It gives peac...

Social Anxiety Disorder
Social anxiety disorder is a common mental health problem where a person is abnormally fearful of so...