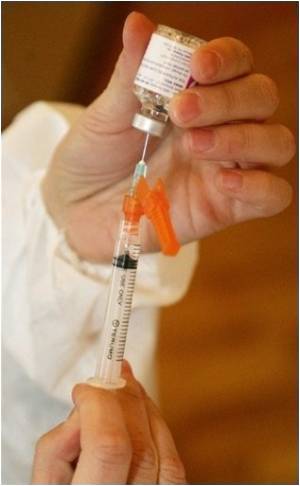 A clinical trial of a new Hepatitis C therapy has shown that it could potentially reduce treatment time, with fewer side effects than existing drugs.

The side effects of existing treatments are so severe that only few patients choose to treat the disease.

A Hepatitis C treatment involves weekly injections of interferon - a protein that fights the virus but causes the side effects - as well as twice-daily tablets for up to 48 weeks.


But researchers have found that a combination drug without interferon is even more effective, curing some patients of the disease within two weeks in a recent trial, reports The Age.

Patients in the U.S. with hepatitis C virus (HCV) are twice as likely to not have health insurance coverage compared with those without the disease, says a new research.
Advertisement
The new treatment was trialled on 88 patients at six hospitals in Australia and New Zealand, including the Alfred Hospital.

Stuart Roberts, director of gastroenterology, Alfred hospital, said the success of the combination drug - which inhibits enzymes that cause the virus to multiply - was an exciting breakthrough.

About 70 percent of people with hepatitis C develop a chronic form of the virus. One-fifth of those patients develop cirrhosis - a scarring of the liver that can lead to cancer.

"'The interferon-free treatment ... will see a lot more people taking up treatment because of the lack of major side effects," said Roberts.

"'It may also open up opportunities to increase treatment outside specialist centres in the hospitals because there is less requirement for intensive care and monitoring of patients," he said.

"'Introducing this treatment as standard practice is a few years off, but this study provides a proof of concept that it can be effective," he added.

While the existing treatment produces a 50 percent cure rate, Roberts said the new treatment may be up to 80 percent effective and would be used far more widely.

The study has been published in The Lancet.

Indian Medical Journals Diaphragmatic Hernia Nutam (400mg) (Piracetam) Sinopril (2mg) (Lacidipine) Iron Intake Calculator Find a Doctor Selfie Addiction Calculator Accident and Trauma Care Color Blindness Calculator The Essence of Yoga
This site uses cookies to deliver our services.By using our site, you acknowledge that you have read and understand our Cookie Policy, Privacy Policy, and our Terms of Use  Ok, Got it. Close
×