Circumcision Does Not Promote Risky Behavior by African Men: Study 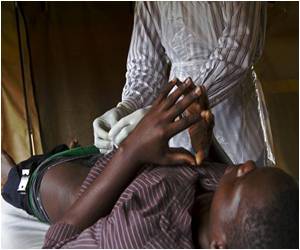 A new study conducted by University of Illinois researchers finds men do not engage in riskier behaviors after they are circumcised.

Three clinical trials have shown that male circumcision significantly reduces the risk of acquiring HIV in young African men. However, some experts have suggested that circumcision, if promoted as an HIV preventive, may increase promiscuity or decrease condom use. This 'risk compensation' could diminish the effectiveness of medical male circumcision programs.

The new study, published online July 21 in the journal AIDS and Behavior, is the first population-level longitudinal assessment of risk compensation associated with adult male circumcision.


The study was conducted during the implementation of the national, voluntary medical circumcision program in the east African country of Kenya. From 2008 to 2010, 3,186 uncircumcised men from Nyanza Province participated in the study. Half were circumcised shortly after their baseline assessment, while half chose to remain uncircumcised.

The men, between 18 and 35 years old, were assessed every six months for two years. They were asked about their perceived risk of acquiring HIV, sexual behaviors, and condom use. All participants, whether circumcised or uncircumcised, were encouraged to attend HIV testing and counseling services at clinics, where they were exposed to HIV educational videos playing in the waiting areas. Participants did not receive direct risk-reduction counseling during visits.

Sexual activity increased equally in the circumcised and uncircumcised men, particularly among the youngest, those 18-24 years old. But despite an increase in sexual activity, all other sexual risk behaviors declined in both study groups, and condom use increased. Risky behaviors, which included engaging in sex in exchange for money or gifts, sex with a casual partner, or having multiple sex partners, declined considerably among both groups.

"Countries that have been holding back on implementing medical circumcision programs due to a lack of evidence regarding risk compensation should have no concerns about scaling-up programs," said Nelli Westercamp, the principal investigator and first author of the study who is a former UIC research project coordinator.

"It was very important to do a real life, population-level study to look at this question," she said. "If men engaged in risky behaviors after circumcision, it could negate the protective effects."

The study "provides the best evidence to date that concerns about risk compensation should not impede widespread implementation of voluntary male medical circumcision programs," said the study's senior author, Robert Bailey, professor of epidemiology at UIC.

Rubber Band Circumcision Tested in Uganda
An innovative non-surgical technique rolling out in several African nations to encourage circumcision and cut HIV infection rates is being tested out by Justin Igalla.
READ MORE

Less Adverse Events Associated With Male Circumcision
Bottom Line: During the first year of life, a low rate of adverse events (AEs) was associated with male circumcision (MC), but the risk was 10 to 20 times higher when boys were circumcised after infancy.
READ MORE