Cigarettes are Gateway to Marijuana: Study 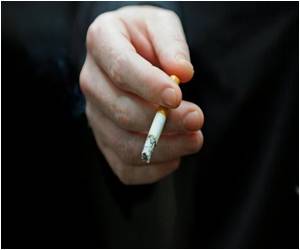 According to a recent study cigarettes are a gateway drug to marijuana.

"Contrary to what we would expect, we also found that students who smoked both tobacco and marijuana were more likely to smoke more tobacco than those who smoked only tobacco," said study author Megan Moreno, MD, MSEd, MPH, FAAP, an investigator at Seattle Children's Research Institute and associate professor of pediatrics at the University of Washington.

Dr. Moreno and her colleagues randomly selected incoming college students from two universities  one in the Northwest and one in the Midwest  to participate in the longitudinal study. Students were interviewed prior to entering college and again at the end of their freshman year regarding their attitudes, intentions and experiences with substances.


Specifically, students were asked if they had used tobacco or marijuana ever in their lives and in the past 28 days. Researchers also assessed the quantity and frequency of marijuana and tobacco use in the past 28 days.
Advertisement
Results showed that prior to entering college, 33 percent of the 315 participants reported lifetime tobacco use, and 43 percent of lifetime users were current users. In addition, tobacco users were more likely to have used marijuana than those who did not use tobacco.

By the end of their freshman year, 66 percent of participants who reported tobacco use prior to entering college remained current users with an average of 34 tobacco episodes per month. Of these, 53 percent reported concurrent marijuana use. Overall, users of both substances averaged significantly more tobacco episodes per month than current users of tobacco only (42 vs. 24).

"These findings are significant because in the past year we have seen legislation passed that legalizes marijuana in two states," Dr. Moreno said. "While the impact of these laws on marijuana use is a critical issue, our findings suggest that we should also consider whether increased marijuana use will impact tobacco use among older adolescents."