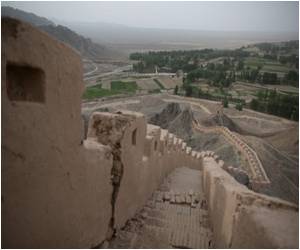 For donating $15 million to one of the richest and most prestigious universities in the US, a Chinese billionaire couple have faced a deluge of criticism, with Internet users saying it would be better spent on students in China.

The first stage of the programme was last week's gift to Harvard, widely regarded as one of the world's best universities.


Pan is not only one of China's wealthiest people but also one of the country's most-celebrated "Big V" bloggers, with nearly 17 million followers on Sina Weibo, at times drawing attention from the authorities.
Advertisement
China is the largest single source country for international students in the United States, providing more than a quarter of all foreign students, according to the Institute of International Education.

Many of those young people's studies are funded by their families, but Zhang told the Wall Street Journal that the firm's "SOHO China Scholarships" will be aimed at encouraging less-well-off Chinese students to apply to study abroad.

Nonetheless some users of Sina Weibo, a Chinese Twitter equivalent, sharply criticised Pan and Zhang, questioning the couple's motives and arguing that disadvantaged students within China are more deserving of help.

"They despise their own country and people," one Sina Weibo user wrote Thursday.

"It doesn't matter... The rise of China and Chinese higher education is historically inevitable," added the poster, who uses the name "Boycott Japanese goods forever".

Another user added: "Taking Chinese people's money and giving it to people who are able to study in America -- what a great definition of 'poverty'!"

Others defended the decision by the couple, who have also established a foundation to support education in rural areas of China.

"A lot of people are saying Pan Shiyi and his wife spent $15 million to buy their son a ticket to Harvard. However, we shouldn't find fault with how they decide to spend their own money," wrote one.

Zhang responded to the criticism on her own Weibo account, writing that without funding for poor students, good education would be reserved for the wealthy.

"Our scholarships will change this phenomenon," she wrote.

Pan has previously driven public opinion online on a variety of issues, and incurred the government's wrath by posting details of Beijing's dirty air levels, which at the time were not officially released.

At a meeting in mid-August, one of China's top officials responsible for Internet censorship told Pan and other well-known bloggers to be "more positive and constructive" in their online comments, according to the state-run Xinhua news agency.

Pan was later shown in an interview with state broadcaster CCTV, where he appeared contrite and warned of the dangers of "casual" online posts.

China's Ageing Millions Look Forward to Dreary Future
He Xiangying is too busy sending her son money and raising a stranger's child to worry about who ......

After Plague Death, China Reopens Town
A town in China sealed off after a man died of plague, re-opened after authorities found no further ...

China's Migrant Children Need Education
Six-year-old Fang Mingxing made an unlikely protester as he fidgets with his placard....