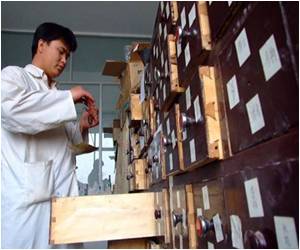 A new commentary published (20 August) in BJOG: An International Journal of Obstetrics and Gynaecology (BJOG) suggests that efforts must be made to decrease China's increasing caesarean section rate.

China has one of the highest caesarean delivery rates in the world. Of 16 million babies born in 2010, approximately half were by caesarean. Although the exact rate is not known, the current Chinese language literature on caesarean rates in China reports total caesarean rates ranging from 36% to 58%. However, before the 1980s, the caesarean rate was below 5% and it did not rise above 10% until after 1990.

The commentary, offering an analysis into reasons for the increase in caesarean section in the last few decades, concludes that China's high caesarean section rate appears to be driven by three factors: the structure of the obstetric care system, provider incentives and cultural aspects of patient preference.


A number of factors related to the Chinese obstetric care system and provider factors have been identified as contributors to the rise in caesarean section rates. These include:

 A high overall number of deliveries. The advantages of managing an enormous volume of births with limited resources may favour a high caesarean rate.
 Financial incentives that promote caesarean delivery over vaginal delivery, including, insurance coverage for childbirth, and physician and hospital revenues.
 Staffing levels in Chinese public hospitals are low and limited by Government regulation. In China, there are 1.5 nurses or midwives per 1,000 population compared to 9.8 per 1,000 in the UK. Caesarean sections require less nursing hours compared with vaginal delivery.
 Training in obstetrics and gynaecology is also varied, with less than 2% of physicians completing a master or PHD level in training.
 Many physicians' salaries are supplemented by bonuses on patient volume and collections. Caesareans collect more than vaginal deliveries, thus providing incentives for physicians to conduct caesarean section deliveries.

Additionally, patient preferences are an important factor when considering the caesarean section rate in China. The authors note that in the second generation of the One Child Policy, there is a demand for a perfect outcome and both patients and doctors now view caesarean delivery as more effective than harmful. Fear of labour on wards that do not offer pain control, epidurals, nursing support or family support reinforces this expectation, state the authors.

However, current practice may change soon due to the more relaxed One Child Policy introduced in November 2013 and Chinese couples are now encouraged to have a second child. With more repeat caesarean sections, the current risk to benefit ratio will change, conclude the authors.

"Since the 1990's China has seen a dramatic increase in caesarean delivery rates from less than 10% to over half of women now delivering via caesarean section. This is likely to change in the future and efforts must be made to encourage vaginal delivery by reforming certain aspects of the Chinese obstetric care system."

"However, it is important to recognise that any efforts to decrease the caesarean section rate must take into account the safety and effectiveness of this delivery method in modern China and preserve maternal and perinatal health."

"This commentary sheds light on the reasons underlying the very high caesarean rate in China. It identifies the structure of the healthcare system, provider factors and patient preference as key contributors to the current caesarean rate.

"The factors influencing caesarean section rates identified in this paper are very likely to be relevant for other countries."

China Seeks Brides for Richer from the Poorer
Although their marriages were arranged for cash, some Vietnamese women who have found their Prince Charmings in remote Chinese villages say they are living happily ever after.
READ MORE

Seven Arrested in China Over Forcing Children to Donate Blood
State authorities in northwest China have confirmed that around seven people have been arrested by the police for their role in a scheme.
READ MORE 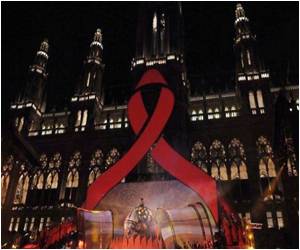