Child Among Two Dead After Consuming Lemonade Drink in Bangalore 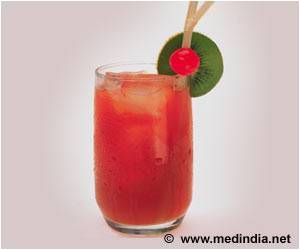 Two people died, including a 5-year old girl, and over 50 people fell ill after drinking 'panaka', a lemonade drink made with jaggery, that was distributed at a temple in Valmiki Nagar in Chamarajpet as part of Rama Navami celebrations.

The five year old girl was identified as Ganga, daughter of Balamurugan, a painter of Bande Gudisalu, while the second person dead was the temple's priest, Krishna Murthy, 45. Murthy was rushed to Jayadeva hospital where he died on Saturday evening, though the doctors are not sure whether he died due to food poisoning caused by drinking the panaka or due to cardiac arrest as e had a history of heart-related ailments.

Ganga started experiencing symptoms of food poisoning soon after drinking the lemonade and was taken to a private hospital when her condition did not improve. Her father alleged medical negligence at Kempe Gowda Institute of Medical Sciences (KIMS) where she was initially taken. He revealed that there were no doctors at the hospital when Ganga arrived and said that he was later informed his daughter had died and asked him to take the body.


However when he arrived at the hospital, he found that Ganga was alive and took her to another hospital. There the doctors asked him to take her to Vani Vilas as her life could be saved by though the doctors tried to revive her for half an hour, it was too late.

Juices for Detoxification and Well-being
Freshly squeezed fruit and vegetable juices can work wonders for the body and mind. Winters are the ...