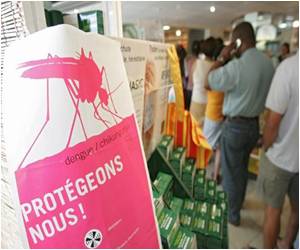 Researchers of University of Texas Medical Branch at Galveston were able to predict further adaptations of the chikungunya virus that recently spread from Africa to several continents.

It will likely result in even more efficient transmission and infection of more people by this virus strain. A key factor in a viruses' potential to sustain its circulation and ultimately cause disease is its ability to adapt to new host environments. The number and complexity of these adaptations is shaped by how hospitable the new host is to a certain virus.

Since 2005, 1 in 1,000 chikungunya virus infections has resulted in a fatal disease. "A typical infection involves very severe arthritic symptoms, leaving the sufferer severely afflicted by pain to the point where people can't work or function normally," said UTMB professor Scott Weaver, lead author of this paper that will be published in Nature Communications. "Chikungunya continues to be a major threat to public health around the world." A UTMB team previously found that a recently emerged lineage strain of the chikungunya virus has adapted itself to be hosted by not only the Aedes aegypti mosquito that lives mainly in the tropics but also to the Asian tiger mosquito, A. albopictus, which can currently be found on all continents except Antarctica.


This mutation in the Indian Ocean lineage occurred through a single adaptive change in the virus' genetic code that alters one protein in the envelope surrounding the virus. Their newest investigation analyzed recent events in chikungunya virus evolution that will aid in predicting future trends in transmission and circulation that determine epidemic potential. Weaver and his team found that the initial adaption provided the framework for a second wave of adaptations that can enable rapid diversification of viral strains and even more efficient transmission to people.
Advertisement
In addition, analysis of the chikungunya virus strain expressing a combination of the second-wave adaptive mutations revealed a similar pattern of changes and heightened adaptive qualities suggesting the future emergence of even higher transmission efficiency.

El Salvador Confirms First Case of Dengue-Like Chikungunya Virus in the Country
Health officials in El Salvador confirmed the first case of a dengue-like disease that has been ......

Americas Set to be Invaded by Chikungunya Virus
French and Brazilian researchers have warned that the chikungunya virus epidemic is on the verge of ...