Chefs and French Presidents Hang Up the Aprons 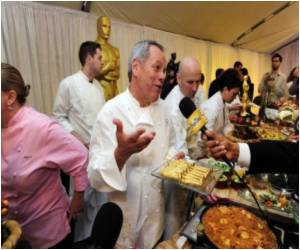 Nicolas Sarkozy kept away from cheese, Jacques Chirac liked calf's head, while the French President is an unfussy eater, partial to most things.

Bernard Vaussion has built up a comprehensive picture of the culinary tastes of six presidents during his 40 years in the Elysee Palace kitchen.

World-renowned Spanish chef Ferran Adria serves his last meal on Saturday at elBulli, the beachside restaurant repeatedly crowned the world's best which is closing to make way for
Advertisement

During that time he has seen sauces get lighter, cheese dropped and then reinstated and truffles and crayfish fall victim to austerity.


Ever discreet, however, the head chef who retires later on Thursday says the specific preferences of the presidents he has served are best not discussed in too much detail.

Old Britons' Not Successful in Passing on Their Culinary Heritage

A survey reports that young Britons are so ignorant about traditional foods that some regional delicacies are at risk of being lost forever.
Advertisement
"One avoids disclosing the dishes that are particularly appreciated. Otherwise they find themselves eating the same dish everywhere they go," he said.

"This was the case for Mr Chirac with calf's head. I made it for him two or three times because he was given it everywhere," he said.

Vaussion, who has just turned 60, started as an assistant chef during the presidency of Georges Pompidou in 1974 following a three-year stint as a sous-chef at the British Embassy in Paris.

"I remember the apprehension of cooking for world leaders and our head of state," he said in an interview at his office at the Elysee.

"There is always a lot of pressure.... In a restaurant, if there is an error, the customer doesn't come back. Here it is me who would be asked to leave," he said.

Changes over the years included a move towards "a lighter cuisine".

"There are lot fewer dishes with sauces. The sauces are lighter. There is steam cooking.... We adhere to what is happening elsewhere (in restaurants)," he said.

The impact of the current climate of economic austerity had been felt too.

"We buy differently. Some luxury products have disappeared like truffles (and) crayfish," he said.

The chef described each president he had worked under as a "gourmand", adding however that Chirac's tastes were "a bit more developed".

As for Hollande, whose expanding girth since he was elected in 2012 is a regular topic in the media, he said: "There isn't much that he does not like. He's someone who likes to eat."

But Vaussion stressed the importance of being happy to work behind the scenes.

German Chancellor Angela Merkel, however, asked to meet him after one dinner to congratulate him.

And last year he met US President Barack Obama when he was invited to the White House as a member of the exclusive Club des Chef des Chefs made up of the personal chefs of current heads of state.

Vaussion will be succeeded as the head of the 20-strong Elysee team by his deputy, Guillaume Gomez, 35.

Centuries-old beers from Belgium, a product of the tiny country, are getting popular
Advertisement
<< Zonkey-Cross Between a Zebra and a Donkey
HPV Vaccines may Not be as Effective in African American Wo... >>