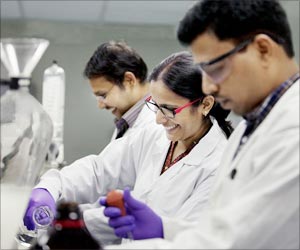 The Food Safety and Standards Authority of India (FSSAI) reported that the bonafides of the Central Food Laboratory (CFL), which conducted the tests on Maggi noodles in Kolkata, followed the norms.

The issue cropped up after reports that the lab that purportedly conducted the Maggi tests in Kolkata did not have the necessary accreditation when it gave its report to the regulator.


The issue of food safety has been in the news since late last month, following which the food safety regulator on June 5, 2015 ordered the recall of all the nine variants of Maggi noodles with tastemaker after receiving adverse lab reports.
Advertisement
Some laboratories to which the Maggi samples were sent to not only found higher-than-permissible levels of lead, but also high amounts of mono-sodium glutamate.

Nestle, during its presentation before the regulator had faulted the testing protocols followed by the labs and contended that they also had not been interpreted properly. It also said the packets tested by the Kolkata lab were open for a long time.

Source: IANS
Advertisement
<< Odisha To Test All Instant Noodles Brands, Packaged Water an...
41-year-old With Deformed Bunion In Both Feet Cured By Scarf... >>

Are the Youth Aware About Food Safety? WHO's Social Media Campaign Gives Pointers
According to World Health Organization (WHO), each year, unsafe food practices is the leading cause ...

Are We Doomed as a Nation
Unless the regulatory authorities are provided with enough teeth contamination and adulteration of ....