Older passengers who are involved in a car accident have increased risk of heart failure or stroke compared to pedestrians who are involved in motor vehicle accidents, reports a new study. The findings of the study are published in the American Journal of Epidemiology.

Using U.S. hospitalization data from 2013 and 2014, researchers from Boston University School of Medicine (BUSM) compared older people who were occupants during a motor vehicle crash to those who were hit by a vehicle (pedestrians). They then assessed whether occupants were re-hospitalized for heart failure or stroke during six months after being discharged.


As compared to the pedestrians, they found the risk of heart failure for occupants was increased during 30 and 180 days of follow up, while the risk of stroke occurred during the 180-day follow up period. The researchers also used Danish hospitalization data to confirm these findings and were able to demonstrate a similar risk.


‘Older passengers have a higher risk of heart failure or stroke following a car crash. Screening older patients involved in such motor vehicle crashes may help prevent occurrences of heart failure and stroke.’


"Although the risk of heart failure and stroke are modest in older people, these findings are important with respect to an increasingly large aging population which is on the road driving and who are also at risk of motor vehicle crashes," explained corresponding author Bindu Kalesan, PhD, MPH, assistant professor of medicine at BUSM and assistant professor of community health services at Boston University School of Public Health (BUSPH).

According to Kalesan, injury, such as damage from auto accidents, has not garnered interest comparable to chronic diseases such as cancer and cardiovascular disease.

"Now we found that a physical injury may lead to a chronic disease which may require further treatment suggesting a pathway from injury to chronic diseases. We have to know more about what happens to those who develop heart failure or stroke after being involved in a motor vehicle crash."

The researchers hope the preliminary evidence from this study will lead to more robust studies. "If this relationship holds true, we may be able to prevent occurrences of heart failure and stroke by screening older patients involved in motor vehicle crashes, particularly among those without a history of cardiovascular diseases." 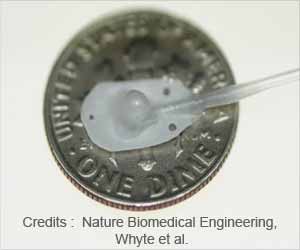