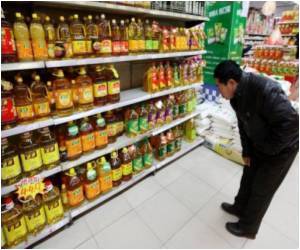 As many as 1 out of 3 cancer deaths in both humans and dogs could be prevented by reducing Omega-6 fatty acids and cutting calories, new research has revealed.

Demian Dressler, DVM, known as the "dog cancer vet" because of his work in the study of canine cancer, recommends severely limiting snack foods for humans and dogs that contain ingredients rich in Omega-6, such as corn oil, vegetable oil and grain-fed red meat.

Too much Omega-6 fatty acid can lead to inflammation, which creates an environment conducive to cancer in dogs and people, he said.


In addition, Dressler said studies show obesity in both dogs and humans limits the production of adiponectin, a hormone that has been shown to inhibit cancer cell growth.

Management of breast cancer during pregnancy or pregnancy associated breast cancer requires special consideration to avoid harm to the fetus.
Advertisement
He recommended reducing calories, particularly those from sugar, which has the additional danger of not only causing obesity, but also feeding cancer cells and encouraging their growth.

In comparing human and canine cancer, Dressler bases his research on evidence that dogs have similar cancers to humans, and veterinary oncology uses almost all the human cancer drugs to treat dogs.

A dog's compressed lifespan allows researchers to see effects of the drugs quickly and apply those findings to humans.

The panel encouraged pet food manufacturers to consider the health implications of their products to maximize the animal's health. Kelly S. Swanson, associate professor in the Department of Animal Sciences at the University of Illinois at Urbana-Champaign, suggested the ideal blend of fiber for dog food is about 75 to 80 percent insoluble and 20 to 25 percent soluble.

In addition, adding quality prebiotics to pet foods can enhance their gut health, he said, although research still is needed to determine how much is appropriate for an individual breed.

The study has been presented at the 2010 Institute of Food Technologists (IFT) Annual Meeting and Food Expo.