Health Risks for Elderly Reduced by a Daily Tipple 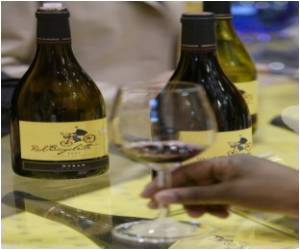 Elderly people who enjoy one or two drinks a day have up to 30 per cent lower mortality rates than teetotallers, scientists have said.

And the best time to enjoy a tipple is after a meal, when it can be absorbed by the food rather than making the drinker feel light-headed, say researchers.

Researchers at the University of Western Australia studied the effects of regular drinking on about 25,000 people over 65, reports the Daily Mail.


"The biggest cause of death amongst the elderly is the clogging up of arteries which reduces the blood flow," Helena Conibear, from the International Scientific Forum on Alcohol Research, which supported the study, said.

"But alcohol thins the blood and helps keep the arteries open by reducing inflammation.

"It also helps promote insulin release which can reduce the risk of late onset diabetes, which is common amongst the elderly.

We also believe it can reduce the risk of dementia which is caused by a reduced blood flow to the brain," Conibear added.

But these benefits are cancelled out if drinkers go above the recommended maximum of two or three units a day, the scientists said.