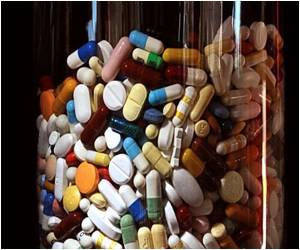 The United States represents the "extreme end of high prices," leading to healthcare costs that amounted in 2011 to 2.7 trillion, or 18 percent of US GDP, compared to six to nine percent in Europe, the doctors wrote in the journal Blood.

The costs of cancer drugs vary widely by region and the free market economy has not helped lower prices, said the authors, all specialists in chronic myeloid leukemia (CML), a blood cancer that affects up to 1.5 million people worldwide.

But in the United States "patients may pay an average of 20 percent of drug prices out-of-pocket (about $20-30,000 per year, a quarter to a third of an average household budget), and... medical illnesses and drug prices are the single most frequent cause of personal bankruptcies."

The authors suggested that setting high prices is akin to profiteering at a time of disaster, and called for dialogue among all sectors of health care to begin to change the situation.

They pointed to the popular drug imantinib, marketed as Gleevec in the United States and Glivec in other parts of the world, as a key drug with a rising price tag that brought its maker, Novartis, $4.7 billion in revenue last year.

"Being one of the most successful cancer targeted therapies, imatinib may have set the pace for the rising cost of cancer drugs," the letter said.

In response, Novartis issued a statement saying its innovation "has changed the course of the disease," allowing nine out of 10 patients with CML to lead normal lives.

Before the release of the drugs Glivec (imatinib) and Tasigna (nilotinib), the five-year survival rate for CML patients was 30 percent.

"Over the years, our programs have evolved to improve patient access to our medicines. We work together with government health care systems, charities and other payors to build successful cost-sharing models," Novartis said.

The Swiss pharmaceutical group also noted that "globally, nearly one third of the Glivec produced annually is provided at no cost, to date reaching more than 50,000 patients in over 80 low-income countries."