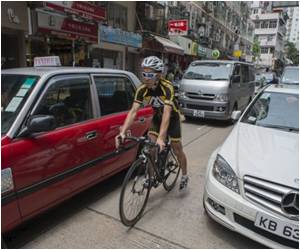 
During this time, there was a substantial and consistent fall in the rate of hospital admissions for cycling related head injuries across Canada.
Advertisement
Reductions were greatest in provinces with helmet legislation. However, the researchers point out that admission rates were falling before the implementation of provincial helmet legislation and, after taking baseline trends into account, did not seem to change in response to legislation.

The authors say that, while helmets reduce head injuries and their use should be encouraged, in the context of existing safety campaigns, the impact of legislation seems to be minimal.

"When baseline trends in cycling related injury rates were considered, the overall rates of head injuries were not appreciably altered by helmet legislation," they say.

They conclude: "While helmets reduce the risk of head injuries and we encourage their use, in the Canadian context of existing safety campaigns, improvements to the cycling infrastructure, and the passive uptake of helmets, the incremental contribution of provincial helmet legislation to reduce hospital admissions for head injuries seems to have been minimal."