Buy a Bulletproof Suit If You Feel Danger Around You 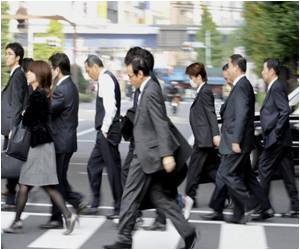 A three-piece suit that has killer looks plus bulletproof protection that would make James Bond envious has been designed by a Canadian tailor.

The company, Garrison Bespoke, believes it has combined style and safety, using lightweight carbon nanotube technology to absorb impact from bullets fired from handguns and prevent punctures from knife attacks.

'WearableArt' is the Next Big Thing Among Fashionistas

Fashionistas first scoffed at Suzie Moncrieff's displays of bizarre bras and out-there attire, but 25 years on international designers are clamouring to be part of Wellington's annual
Advertisement

All in all, the luxury suit, retailing at almost Can$20,000, seeks to provide a select few customers a way to avoid being killed while traveling abroad.

"The tailoring industry is actually quite sleepy, and you want to be challenged like this."

A new study has found that more than half of workers in the industry are dissatisfied with their jobs.
Advertisement
Tran said the suit was inspired by a conversation with a client who was shot in a foreign country six months ago, but lived to tell the tale. At his next visit to the store, he confessed that he was shaken up by the near fatal encounter.

"After five minutes, we thought, 'Are we really serious here?' And then we started looking into it," said Tran.

As purveyors of smart tailoring, however, the company could not simply use bulky Kevlar, the typical combat protection material that is used in police and regulation military gear.

So they reached out to contractors -- Tran has an agreement to keep their name secret -- who previously provided elite body armor to US Special Forces in Iraq.

Once a suit has been custom-tailored, six thin nanotube sheets are slipped into the lining of the back of the suit jacket and in the front of the vest, allowing the fit to remain crisp and clean.

Although more sheets can be added for extra protection, comfort and ease of movement would be compromised.

"So it had to be completely discreet. If it's bulky, it's signaling to the other party the wrong message -- they're scared, they don't trust them."

It's not the first unconventional project the company has embarked on. Tran says Garrison Bespoke has commissioned all kinds of special suits, from crushed-sapphire tuxedos to an outfit that can be worn underwater.

The original client who was shot and survived was the first person to buy its bullet-proof suit.

Tran said there have been at least six requests and there is a waiting list, adding that even the staffs of international world leaders have reached out, hoping to tailor their respective country's president or prime minister.

For a company that prides itself on a personal touch, it's created something of a predicament.

"We're not set up to do mass manufacturing," said Tran. "So right now, we're revisiting what we should be doing and our next moves."

Milan Fashion stars have paid homage to classic cinema- a two way relationship which is one of the themes at Milan Fashion Week
Advertisement
<< Drug Promotion More Likely to be Made by Swine Flu Pandemic...
Concerns Abound as US Navy's Funding of High Schools Comes ... >>