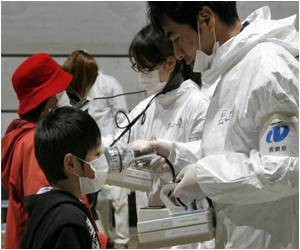 Asos, an online fashion retailer has recalled a batch of belts after US customs officials discovered they were radioactive, says the company.

A spokesman for the London-listed retailer said the belts, which are made of leather and covered with metal studs, were being held at a radioactive storage facility after testing positive for Cobalt-60.

Asos -- which counts US First Lady Michelle Obama among its fans -- sold around 50 of the belts to customers in some 15 countries before the recall in January, when US customs agents found traces of the radioactive substance in one of the products.


Asos confirmed that an internal company report said the belts, which were made in India, could cause injury if worn for more than 500 hours.

"The good thing about being an online retailer is that it was very easy to contact people who had ordered the belts so they could be sent back -- a lot easier than if they were sold in a shop," an Asos spokesman told AFP.
Advertisement
"This is a completely voluntary recall by Asos," he added. "The risk from this product is pretty low."

He stressed that no other Asos products were affected and that the company was in contact with the belt supplier "to ensure a satisfactory outcome".

Asos' internal report, quoted by The Guardian newspaper, said: "Unfortunately, this incident is quite a common occurrence. India and the Far East are large consumers of scrap metal for their home and foreign markets."

"During the refining process of these metals, orphaned radioactive sources are sometimes accidentally melted at the same time. This in turn (contaminates the process) and traps the radioactivity in the metal as an alloy or in suspension."

Asos' spokesman said US authorities were currently preventing the company from examining the belts due to "standard regulatory procedures".

Asos has become a key player in the lucrative online fashion market since it was launched in 2000, last month reporting underlying pre-tax profits of £25.7 million ($38.8 million, 30.0 million euros) in the six months to February 28.

With offices in London, Sydney and New York, the website attracts shoppers from 160 countries, racking up 16.6 million visits a month.

Scientists Develop Radioactive Bacteria to Attack Cancer Cells
A new radioactive bacteria is being developed by scientists that could help treat patients who are ....